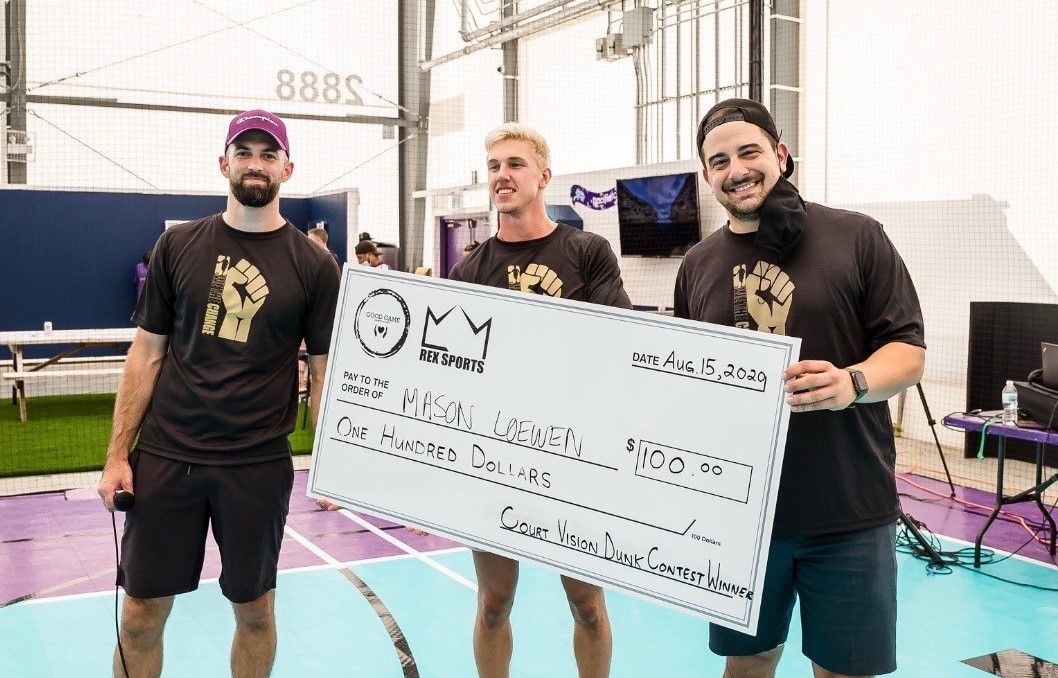 Victoria REALTOR® takes to the court to rally against social injustice

It’s not unusual to see electrifying dunks and smooth three-pointers on a Saturday in Victoria, British Columbia, home of Canadian basketball legend Steve Nash, but the dunks that were thrown down at the Island Training Centre on August 15, 2020, served a greater purpose than most.

Organized by local REALTOR® Kyle Kerr and Dylan Marsden, Director of Operations of Rex Sports, the We the Change Dunk and Three-Point competition looked to raise funds and awareness for the social justice movement in the greater Victoria area.

The community was struggling with the tragic deaths of Breonna Taylor, George Floyd and many more. There was a need to spark positive change, says Kyle: “The Victoria basketball community is so tight knit, and to see so many of our friends of colour in pain really touched us. We knew there was an opportunity to bring the leaders of this community together and act as role models for the kids that look up to us at such a critical time.”

Community involvement is no new undertaking for Kyle. As long as he can remember, his mother was involved in some way or another, and Kyle would always tag along. Since then, he has co-founded the Good Game Charity Society, a registered non-profit that hosts locally renowned events in the Victoria area for several causes including the Children’s Miracle Network, KidsSport Victoria, Cystic Fibrosis, Rainbow Kitchen Food Shelter, and now, social injustice.

We the Change featured some of the best basketball players from Victoria, many of whom are former college or pro-European players. Using his REALTOR® connections, Kyle was able to get plenty of community support for this event, including sponsorships, event insurance and signs.

Olympic athletes Charity Williams and Pam Buisa were in attendance and set the tone for the event by delivering thoughtful messages on how to best support the Black community through social injustices.

Growing up in a diverse, blue collar community taught Kyle the importance and beauty of diversity. It drove him to be better in the face of social injustice. “The event was very powerful,” he shared. “Hearing Charity and Pam speak on their experiences as people of colour has really helped me become a better ally.”

With COVID-19, a limited number of people could attend the event, so Kyle and Dylan needed to get creative with their fundraising. They, alongside community leaders, pushed a livestream of the event as well as a GoFundMe campaign out to the people of Victoria. With this being their first venture into COVID-friendly charity events, a modest fundraising goal of $1,500 was set, but the community rallied behind the powerful message of We the Change, crushing the goal and raising close to $3,000.

The funds were used to help social justice organization capitalBLACK paint a mural in downtown Victoria to raise awareness of the struggles faced by people of colour to this day. The mural can be seen in Victoria’s Bastion Square touting the powerful message “MORE JUSTICE, MORE PEACE.”