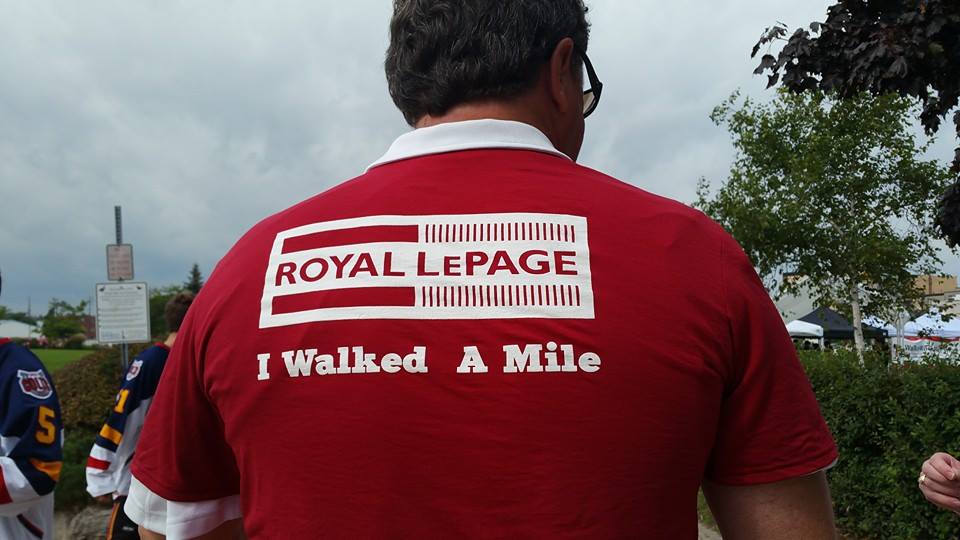 Royal LePage Country Realty raises $5,000 for Walk a Mile in Her Shoes®

Those boots—or platforms, pumps and stilettos—were made for walking, and that’s just what the men at Royal LePage Country Realty did as they took part in the Walk a Mile in Her Shoes® event.

This year’s march in Athabasca, Alberta, was held September 8, and 22 men strapped on some heels to raise money and awareness to help stop violence against women.

Royal LePage Country Realty were the top corporate sponsor this year, donating $5,000 towards the event. All of that money will be directed to a local program called THRIVE, which provides support to individuals affected by relationship abuse.

In addition to walking, REALTORS® from the office were stationed at the barbecue, serving up hamburgers and hot dogs.