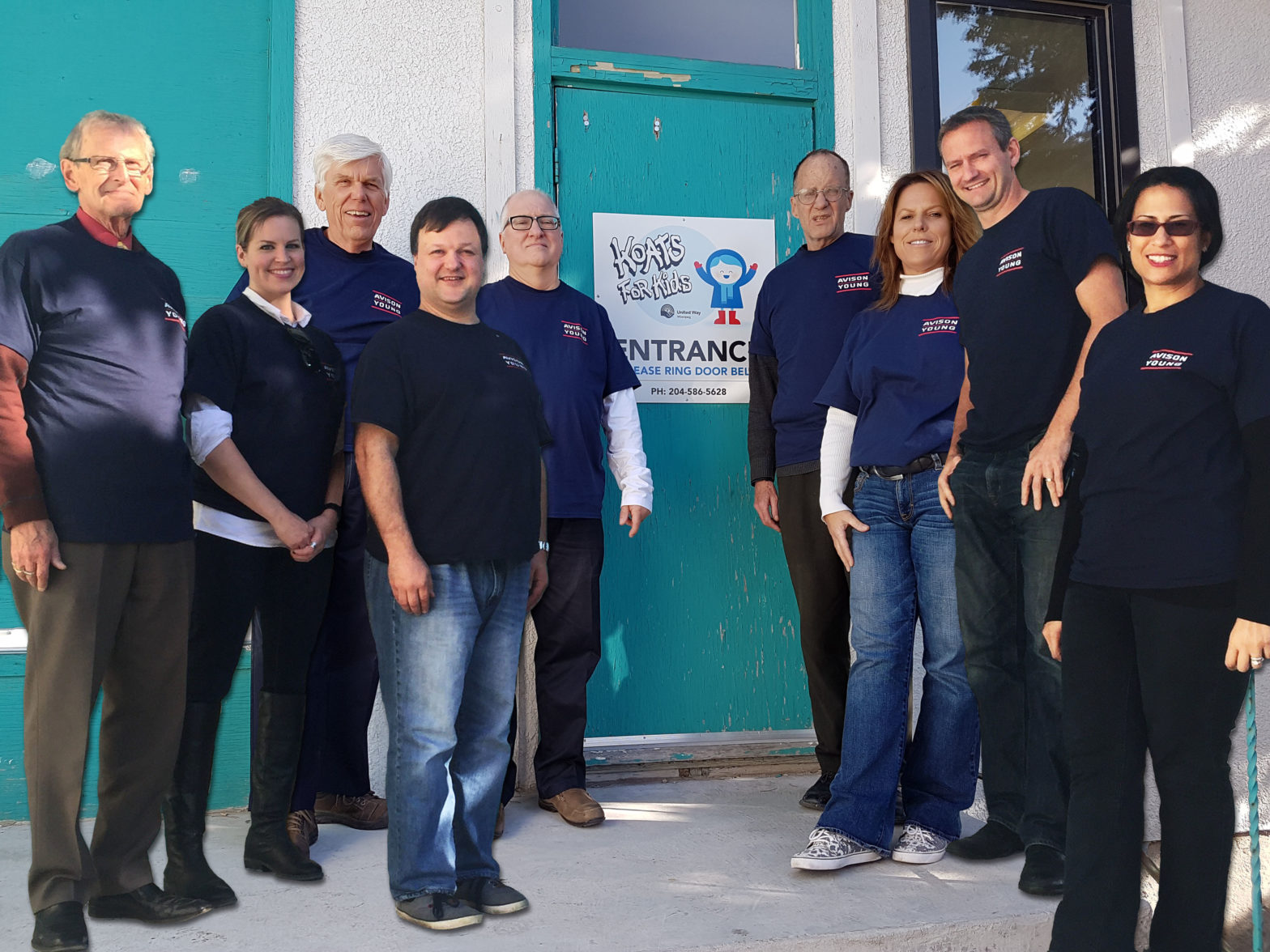 As much as children love playing in the snow, those Winnipeg winters can be unforgiving.

Without the proper winter clothes, some kids are forced to stay indoors more.

That’s why employees at Avison Young Winnipeg selected Koats for Kids as their charity of choice during the company’s Global Day of Giving on October 13. The United Way program located in Winnipeg’s west end helps distribute thousands of pieces of winter outerwear to deserving families each year. Organizers and volunteers spent countless hours sorting, washing, mending all the donated clothes and boots, and filling the orders sent through schools, day cares and community programs. The winter gear is then distributed free to children.

“Seeing the relief on the faces and hearing the happiness in their voices of the teachers and principals as these bags were delivered reminded us how programs like these are essential to our communities,” said Nicole Abbott, a marketing manager at Avison Young Winnipeg.

Last year, more than 30,000 gently used articles of winter wear, including boots, scarves, hats, snow pants and even hand-knitted gloves were collected. Koats for Kids also collected adult outerwear for some refugee families arriving in Winnipeg with no winter protection at all.

This year, half of the Avison Young team helped with the sorting and filling the orders while the other half played the roles of Santa Claus by delivering bags filled with clothing and boots to different schools.

Avison Young’s Global Day of Giving is now in its third year. Employees at the company’s 79 locations across North America and Europe spent the day giving back to their communities.

Below is a list of what charities and organizations the company’s 16 Canadian offices helped: