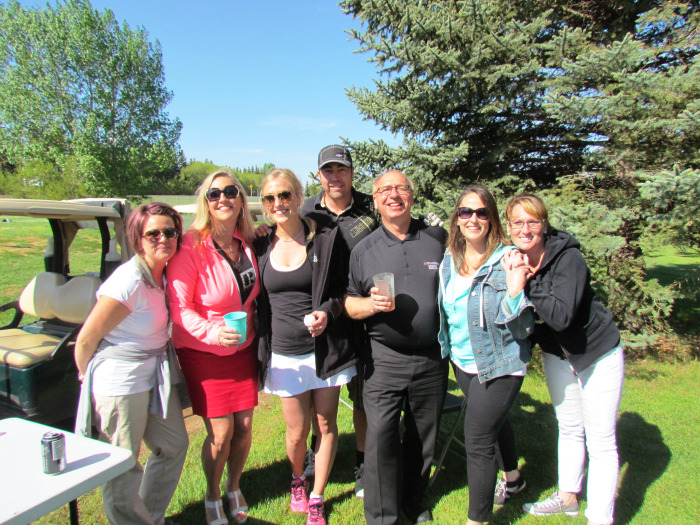 More than a dozen of the Century 21 Bachman and Associates’ REALTORS® recently joined forces to raise the frame of a bi-level, two bedroom, 765 square-foot house in the West End. For now, it’s a physical structure, but before long it will be much more.

“A home—that’s where all of life is lived,” says Darlene Clare, broker-manager. “It’s where memories are made. It’s more than bricks and mortar – that’s just the shell. What happens on the inside is what changes a house into a home.”

The new owners—a couple originally from the Philippines and their two sons will have put in more than 500 hours of sweat equity by the time they move out of their basement apartment “If a family is going to be able to live here and fulfill their dreams, then it was a small price for us to pay to help make that happen,” says real estate agent Lorne Weiss.

For many of the REALTORS®, it was the first time ever picking up a hammer. “This was the most rewarding charity work I have ever done and I’ve been involved in charity since I was a little girl,” says Natasha Kouk.

Fellow REALTOR®, Roger Burns, says it gave them all a new perspective: “It gets us involved in construction, which is a completely different side of the business.”

Roberta Weiss, also a REALTOR®, says she’ll feel good driving by the Toronto Street home in years to come, knowing she played a role. “There will be a connection for sure,” she says. “For us to be able to do this is terrific. It’s a very worthwhile cause.”