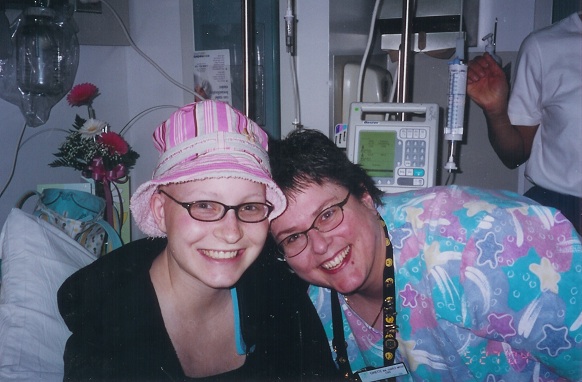 When Winnipeg agent Cliff King joined RE/MAX, he immediately jumped aboard the company’s involvement with Children’s Miracle Network in Canada. Little did Cliff know that just months later those Miracle Homes he was selling would be helping to support the medical needs of his own daughter.

At age 16, Cliff’s daughter Kelsey was diagnosed with osteogenic sarcoma and spent many weeks at her local Children’s Miracle Network hospitals, Children’s Hospital Foundation of Manitoba in Winnipeg, British Columbia and the B.C. Children’s Hospital Foundation. The caregivers in the Winnipeg CK5 ward soon became like a second family to the Kings. For the next 2.5 years, Kelsey underwent chemotherapy, radiation, blood transfusions and surgeries to try and defeat the cancer and prolong her life until she succumbed to the disease at home just one day prior to her 19th birthday.

Since his daughter passed away, Cliff has dedicated his free time to volunteering at the Children’s Miracle Network Radiothon every year and raising funds for the Children’s Hospital Foundation of Manitoba in honour of Kelsey. Even his son Scott, also now a REALTOR® with RE/MAX, has joined his dad in manning the phones.

The funds that RE/MAX agents like Cliff raise each year through the Miracle Homes program is critical to provide needed pediatric care for sick and injured kids in your community, neighbourhood and even family.

This story was originally featured on the Children’s Miracle Network Hospitals® blog as part of their Month of Miracles Miniseries of inspiring RE/MAX agents. It has been adapted for our site with permission.