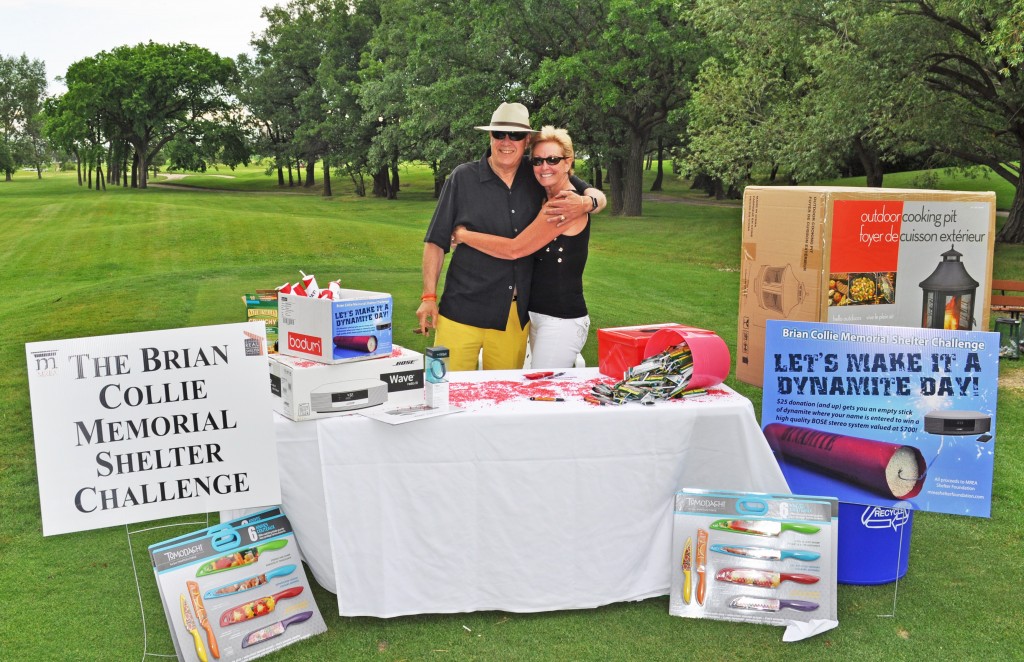 REALTORS® Raise Over $21,000 for Shelter with Annual MREA Golf Tournament When REALTORS® and friends play at Glendale Golf and Country Club in Winnipeg each summer, people who need safe shelter benefit.

CREA Past President Laura Leyser hosted the Brian Collie Memorial Shelter Challenge at one of the holes. Her dynamite plan raised $3,830 with draw prizes including a luxury outdoor grill and a Bose stereo unit.

In April, MREA’s former CEO Brian M. Collie died suddenly. As a show of respect for Brian’s life and recognizing his commitment to giving to the less fortunate, MREA President Roberta Weiss announced that the golf tournament would be renamed in Brian’s honour, in perpetuity.

MREA Past President Dan Wachniak demonstrated his professional auctioning skills and drove up the bids to $500 for a free lunch with Winnipeg mayor Brian Bowman. Bowman appeared as a giant standing cutout display of himself, which was a hit for everyone who lined up to be photographed with the popular mayor.

The tournament raised more than $21,000 for the Manitoba Real Estate Association Shelter Foundation, a charity owned by every REALTOR® in Manitoba. MREA thanks the generous sponsors and supporters who made the tournament an outstanding success.

Pictured: Lorne Weiss and Laura Leyser hosting the Brian Collie Memorial Shelter Challenge at one of the holes.