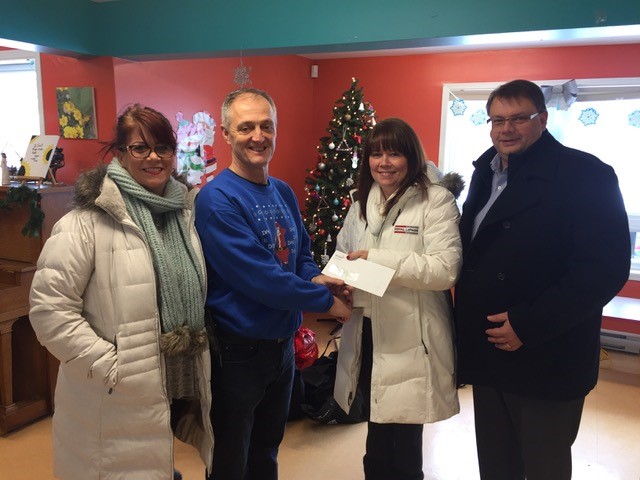 The Newfoundland and Labrador Association of REALTORS® (NLAR) chose the Froude Avenue Community Centre in St. John’s as the benefactor of its fundraising efforts from 2017.

Earlier this month, representatives from NLAR donated $2,000 to the centre. Among other many other initiatives the community centre is involved in, it also helped 13 families who were left home by a devastating summer fire.

“The Froude Avenue Community Centre is the major organization that helped raise funds and helped the families who were displaced,” said Dan Gulliver of NLAR. “They helped set up temporary housing and worked toward establishing a sense of normalcy to the 35 or so people who were affected by the summer fire.”

He said the money the association donated was raised through community events such as barbecues, boat tours, curling events and the association’s awards night.

“We wanted to help out, especially with it being the holidays,” Gulliver said.

Each year the social committee at NLAR picks a charity of choice to support.