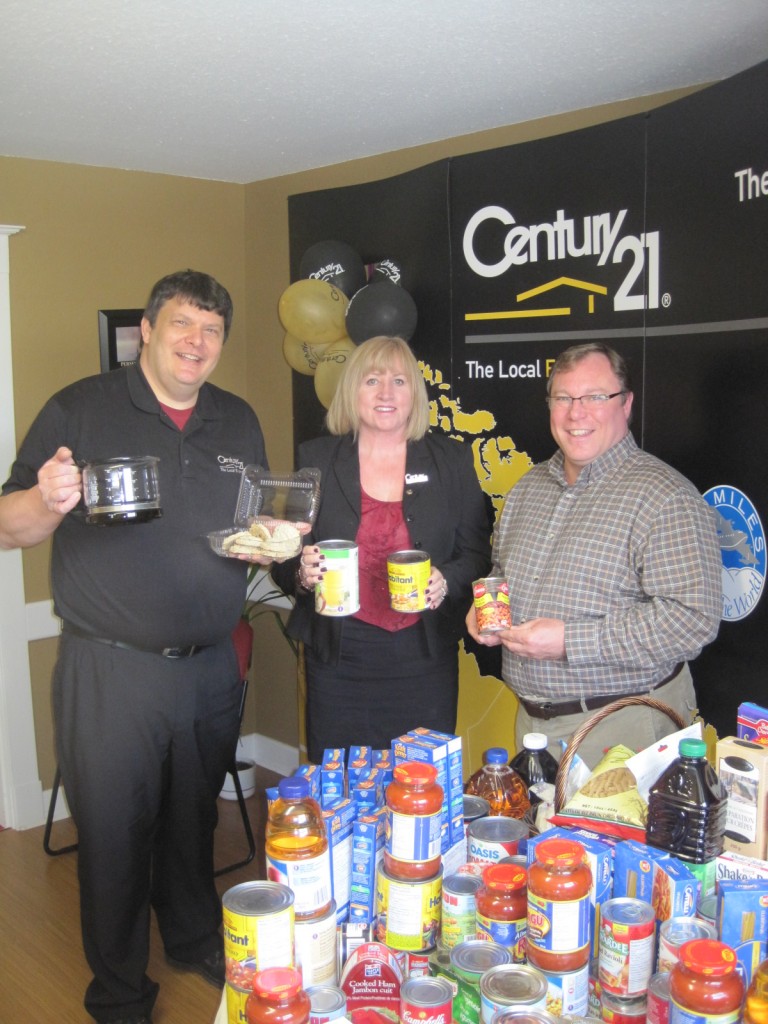 Greenwood REALTOR® John Morash put his self-control to the test by giving up his favourite treat (cookies) for a week in the name of hunger awareness. John participated in the “Give It Up for Hunger” campaign, which challenges Canadians to learn what it’s like to have food out of reach by giving up lunch or a food staple for a week.

Throughout Hunger Awareness Week (May 7-11, 2012), John invited members of his community to drop by his office at Century 21 Acclaim Realty for a coffee and a snack on him. All he asked was that, in return, they leave a non-perishable food item or monetary donation for Kingston’s Upper Room Food Bank, of which John sits on the Board.

John shared daily updates on his efforts on his blog. In the end, he reached his goal of collecting the equivalent of his weight in food donations. He was able to donate 325 lbs of food, as well as some cash, to the food bank.

“We don’t always see it, but there are people out there who struggle to make ends meet and need support,” John explains.

Hunger Awareness Week is an initiative of Food Banks Canada and its provincial members and food banks across the country. They report that close to 900,000 individuals turn to food banks for support each month in Canada, and of those, 38% are children and youth.

Pictured (left to right): John Morash with REALTOR® Lorna Fulton and Roger Boutilier, Executive Officer for the Nova Scotia Association of REALTORS®, who later this summer raised awareness of hunger across Nova Scotia with the REALTORS® Miles for Meals campaign.