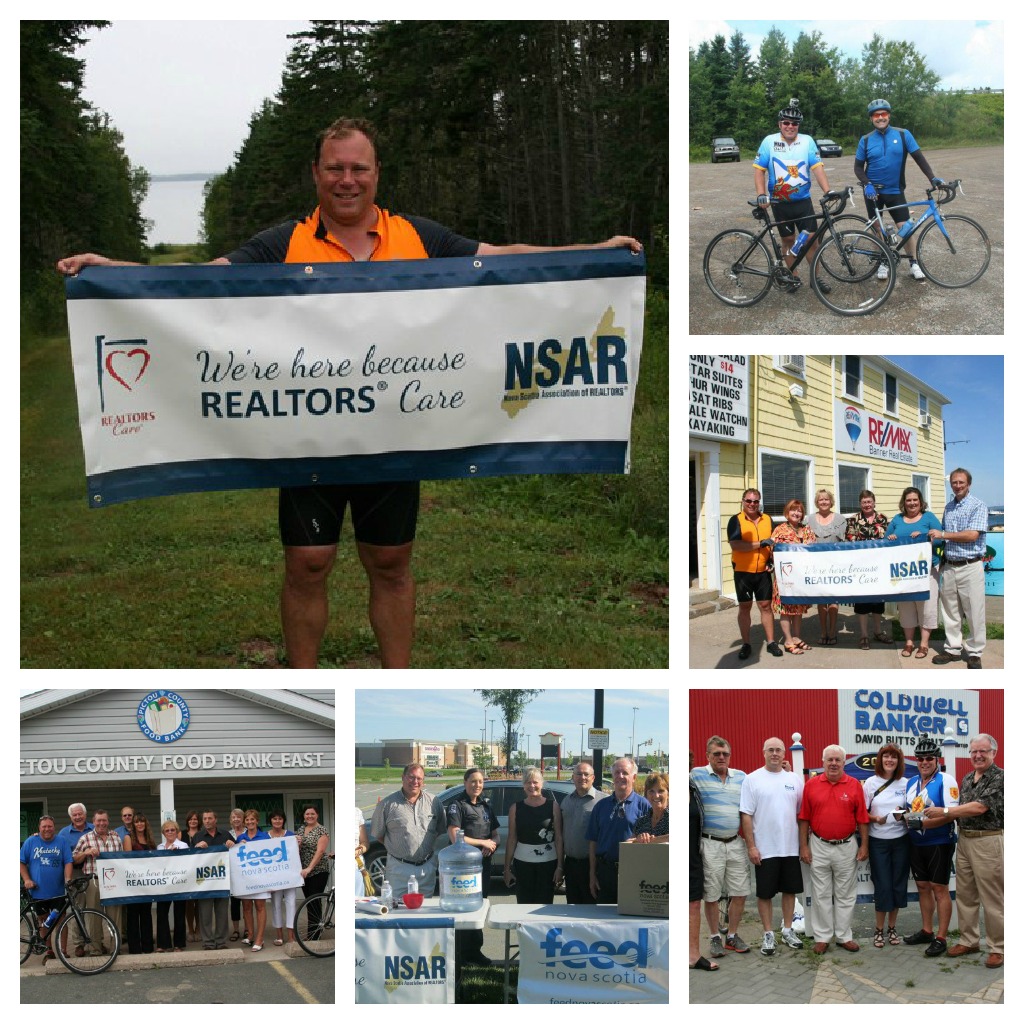 REALTORS® Miles for Meals Campaign Raises Spirit and Over $16,000 for FEED NOVA SCOTIA How did you spend your summer vacation? Ask the Nova Scotia Association of REALTORS®’ (NSAR) Executive Officer, Roger Boutilier, and he’ll tell you he cycled over 700 kilometres across the province, spearheading the REALTORS® Miles for Meals campaign.

At the end of the 15-day journey, over $16,000 had been raised for FEED NOVA SCOTIA, a charitable organization that collects and distributes food to more than 150 member agency food banks and meal programs, while also striving to eliminate chronic hunger and poverty through research, awareness, and support programs.

The campaign raised awareness about the need for food banks in our communities. Roger spread the word in a number of local newspaper articles, local radio interviews, and shared his experiences daily on his blog and NSAR’s YouTube channel. The campaign also raised team spirit in the organized real estate community across the province under the “REALTORS Care®” banner.

The journey began in Sydney on August 11, 2012. Fourteen days later on August 25, Roger crossed the finish line in Yarmouth. In between, there were stops in St. Peter’s, Port Hawkesbury, New Glasgow, Truro, Bridgewater, and Digby.

REALTORS® gathered at every turn to welcome Roger, provide encouragement, and present him with their own donations and money they raised for the cause. Some hosted charity BBQs and others, including REALTORS® Peter Steele and Doug Forbes, joined the ride for a bit.

“The support I received along the way helped keep me motivated,” recalls Roger. “The tremendous effort REALTORS® made to pull together and make a difference for so many families came as no surprise to me, and I am extremely proud of what we accomplished together through the REALTORS® Miles for Meals campaign.”