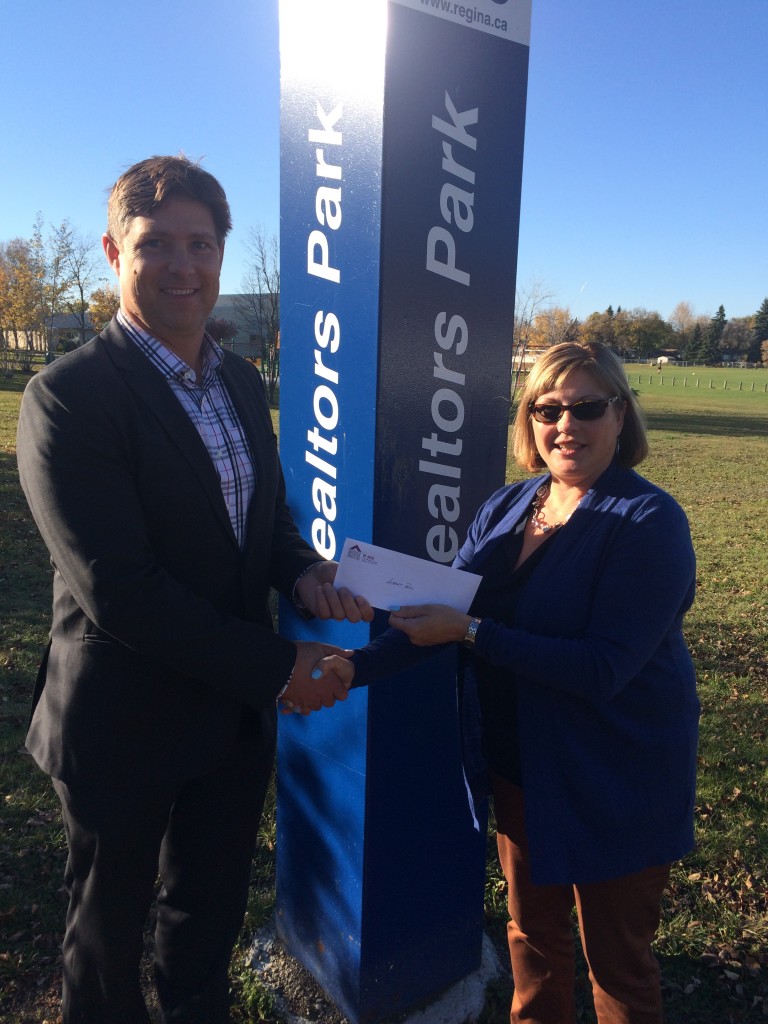 A popular south Regina park is one step closer to boasting a new walking path, enhanced landscaping and more, thanks to another strong show of support from Regina REALTORS® and friends on the golf course.

The Association of Regina REALTORS® Inc. (ARR) has donated another $10,000 — half the record proceeds from this year’s ARR Annual Golf Tournament — to upgrades at REALTORS® Park, the very park local REALTORS® helped establish back in 1987 as a legacy of their association’s 75th anniversary. This follows the ARR’s $7,585 donation to the project last year.

“With our soccer fields, tennis courts, rink, spray pad and outdoor gym, REALTORS® Park is a recreation hub for the whole city,” says Ladette Fuchs, Director of the Albert Park Community Association, the group spearheading the park’s improvement project. “Soon kids and families will be able to ride their bikes on our paved pathway instead of the street and seniors and those in wheelchairs will be able to safely reach areas of our park they couldn’t before.”

The new eight-foot wide asphalt pathway, to be completed in 2016, will circle the park and be maintained for year-round enjoyment. The ARR has helped to fund other improvements to the park over the years, including new landscaping and benches as well as the addition of the popular spray pad a decade ago.

Elsewhere in the city, the ARR has contributed $15,000 — the other half of its charity golf tournament proceeds plus an additional $5,000 from the association — to the North Central Family Centre, another local organization with whom Regina REALTORS® have had a longstanding friendship. Over the past decade, the ARR has donated nearly $113,000 to the Centre’s Youth Empowerment Program.

“Green spaces like REALTORS® Park and organizations like the North Central Family Centre are really what make our city a community. Our members live here, too, and we’re proud to give back,” says ARR President, Tim Chicilo.