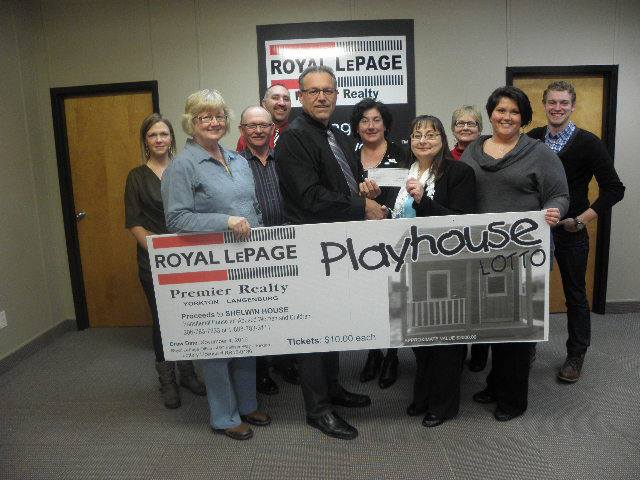 After a terrible act of domestic violence occurred in a neighbouring community, staff and sales representatives from Royal LePage Premier Realty in Yorkton, Saskatchewan, were prompted to take action in support of their local women’s shelter, Shelwin House.

“The idea of constructing and raffling a playhouse was born,” said Royal LePage Premier Realty broker/owner Warren Vandenameele. “I’m thankful to everyone from our office and community who supported this initiative. We’re very proud to have raised $3,190 which will help Shelwin House serve local women and children who are seeking safety.”