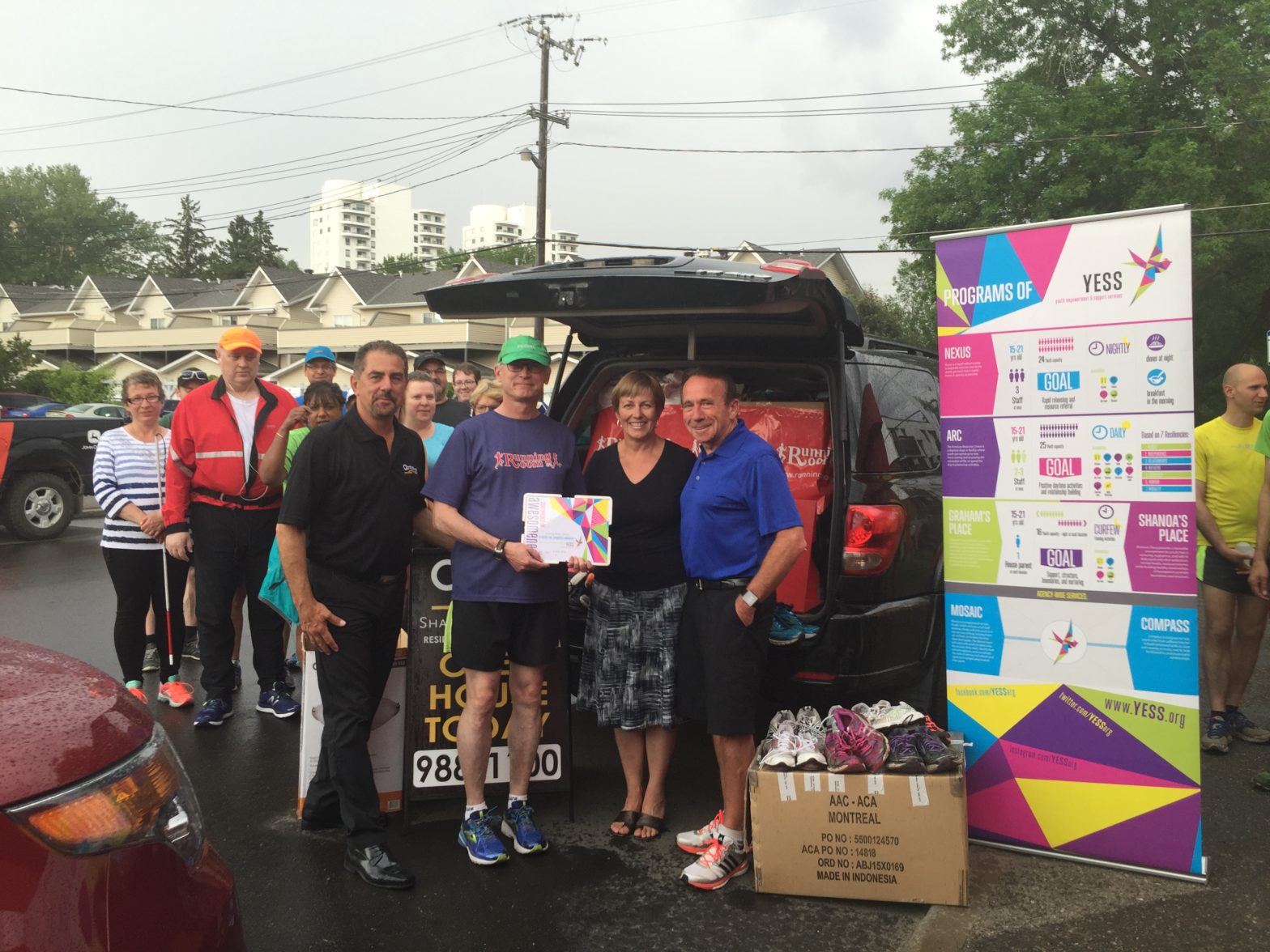 REALTOR® helps Edmonton youth get back on their feet

John Stobbe, REALTOR® with Century 21 Shackleton, had an idea and he ran with it.

He had heard about the need for gently used shoes at the Edmonton-area Youth Empower and Support Services (YESS) and felt inclined to help. Stobbe wanted to help organize a shoe drive for at-risk youth.

By the end of the month-long drive held earlier this year, 500 pairs of shoes had been collected at the participating Running Room locations to help teens get back on their feet.

“I’ve always given back, and not everything has to involve money,” Stobbe told the Canadian REALTORS Care® Foundation. “This initiative was about connecting two groups who could work together to make a difference in the community, and in this case, the lives of at-risk youth.”

Stobbe and his team developed posters, promoted the drive as much as they could on social media and collected shoes.

YESS has been helping at-risk teens within Edmonton since 1981 when they opened their doors offering shelter, safety and hope to youth facing difficult realities. Their website states they have helped thousands of teens, giving them options and support.

Stobbe said the plan is to make May YESS Month is Edmonton and to once again collect shoes for teens.

He commended Edmonton’s runners for stepping up to the challenge.

“Even with the other things going on in Edmonton, our customers still had extra to support this drive. That’s pretty impressive.” Stobbe said.