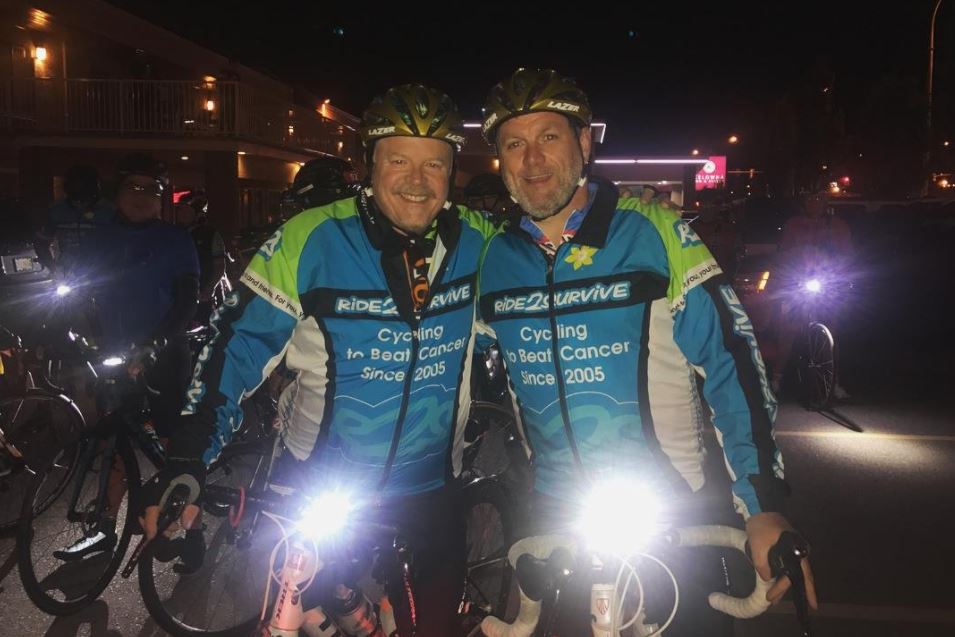 Two REALTORS® and their team from the Lower Mainland of British Columbia raised more than $712,000 for this year’s Ride2Survive.

“For me, it’s personal,” Peerless said. “I’ve lost six of my team to this … disease, and I have five fighting it right now. Everyone has been touched by cancer in some way, and the Ride2Survive is a unique program that’s really close to my heart.”

The Ride2Survive is the largest independent fundraiser for cancer research for the Canadian Cancer Society. It’s a grueling 400-kilometre bike ride from Kelowna to Delta, with participants and volunteers paying their own way to ride and support the event. Every dollar raised goes directly to doctors, hospitals, and programs on the cutting edge of cancer research.

Since the Ride2Survive began in 2005, more than $7 million has been raised.

“Our donations are ‘designated’ to a particular research purpose through the Canadian Cancer Society as chosen by our riders and crew,” according to the Ride2Survive website. “By designating the funds raised, 100% of those dollars goes to that area of research.”

This year’s ride took place in late June. Peerless, Devlin, and more than 100 other riders left Kelowna around 3:30 a.m. and endured an exceptionally windy ride. The riders made the full trip in approximately 20 hours, pulling into Delta around 11:30 p.m. after cycling 400 kilometres and 3.7 kilometres of climbing.

You don’t need to wait until next year to support this event. The Ride2Survive website accepts donations all year long. Click here to learn more.