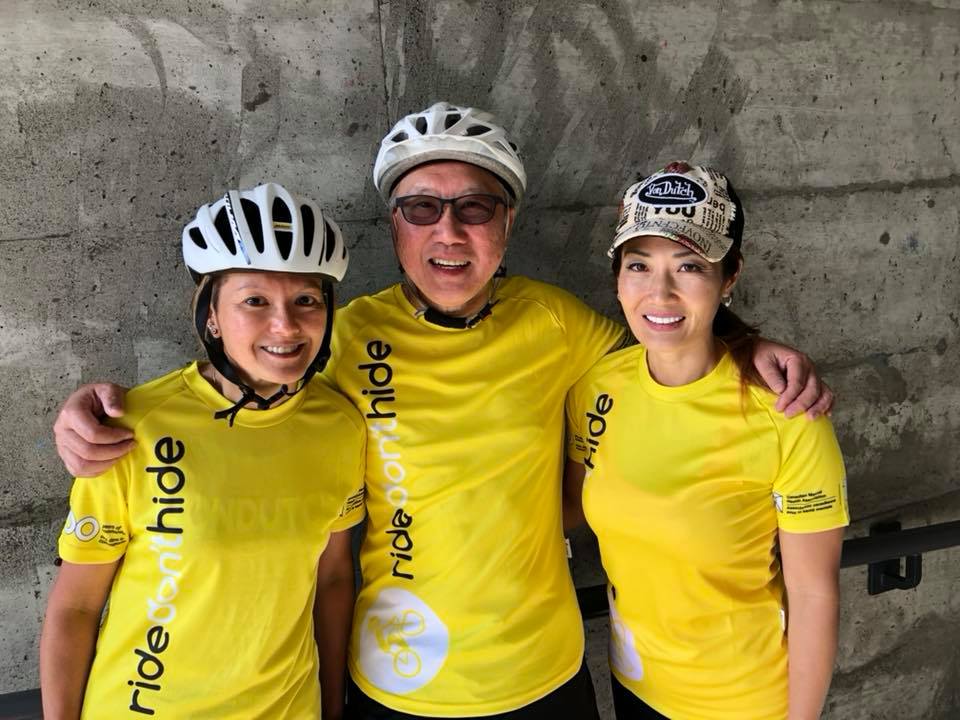 Volunteering can be a lot like love: it often takes trial and error to find a perfect fit.

The first step is to get out there, advises David Eng, who has volunteered at seven community events so far this year and a staggering 14 events in 2017. By volunteering, he meets a wide range of people and has new experiences such as bicycling on Langley’s gorgeous country roads and being immersed in the small-town atmosphere of Port Coquitlam.

It took a full year of research for David to find causes and roles that interested him. “I hadn’t been on a bicycle in nearly two decades,” he says with a laugh. “I didn’t know if I could take on the role of a Tour Leader in the MS Bike Vancouver Tour for the first time in 2012. It involved cycling 30 km, likely in hot weather. Carol Song, a mortgage broker with Dominion Lending, agreed to volunteer with me. So, I did it. We looked after each other and at the same looked after the participants.”

Understanding that it is easier to delve into a new experience alongside someone familiar, David has encouraged others to join him, including Debbie Phelan, a former coworker. In July, she volunteered at the MS Bike event handing out water and granola bars to the cyclists.

“Debbie was so glad to have taken this first step into volunteering. Her adult son is visually impaired, so she’s planning to help out CNIB next.”

David and his recruits enjoyed some “karmic payback” this summer. “At the Giro di Burnaby volunteer’s dinner, the odds of winning a random draw prize is less than 10%. Carol Song and I and all four of my volunteer recruits each won random draw prizes. Perhaps somebody, somewhere is thanking us!”