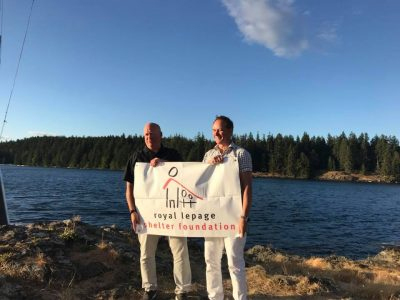 More than $2,000 was raised in support of domestic violence prevention and education at the fifth annual Royal LePage Broker/Owner Fishing Derby, held at Painter’s Lodge in Campbell River, British Columbia.

Event organizer Jim Morris, manager of business development in Western Canada for Royal LePage, and Royal LePage president and CEO Phil Soper were pleased to welcome 28 participants from Royal LePage brokerages across Canada for a weekend of fishing, networking, and fundraising for the Royal LePage Shelter Foundation.

Special thanks go to Kent Browne, for auctioning several items at the first evening’s dinner, including a morning of “fishing with Phil Soper,” which was won by generous bidder Claudette Edenoste, broker/owner at Royal LePage Merritt Real Estate Services. Space in the sixth annual event, scheduled for August 21 to 23, 2019, is already 50% sold out.