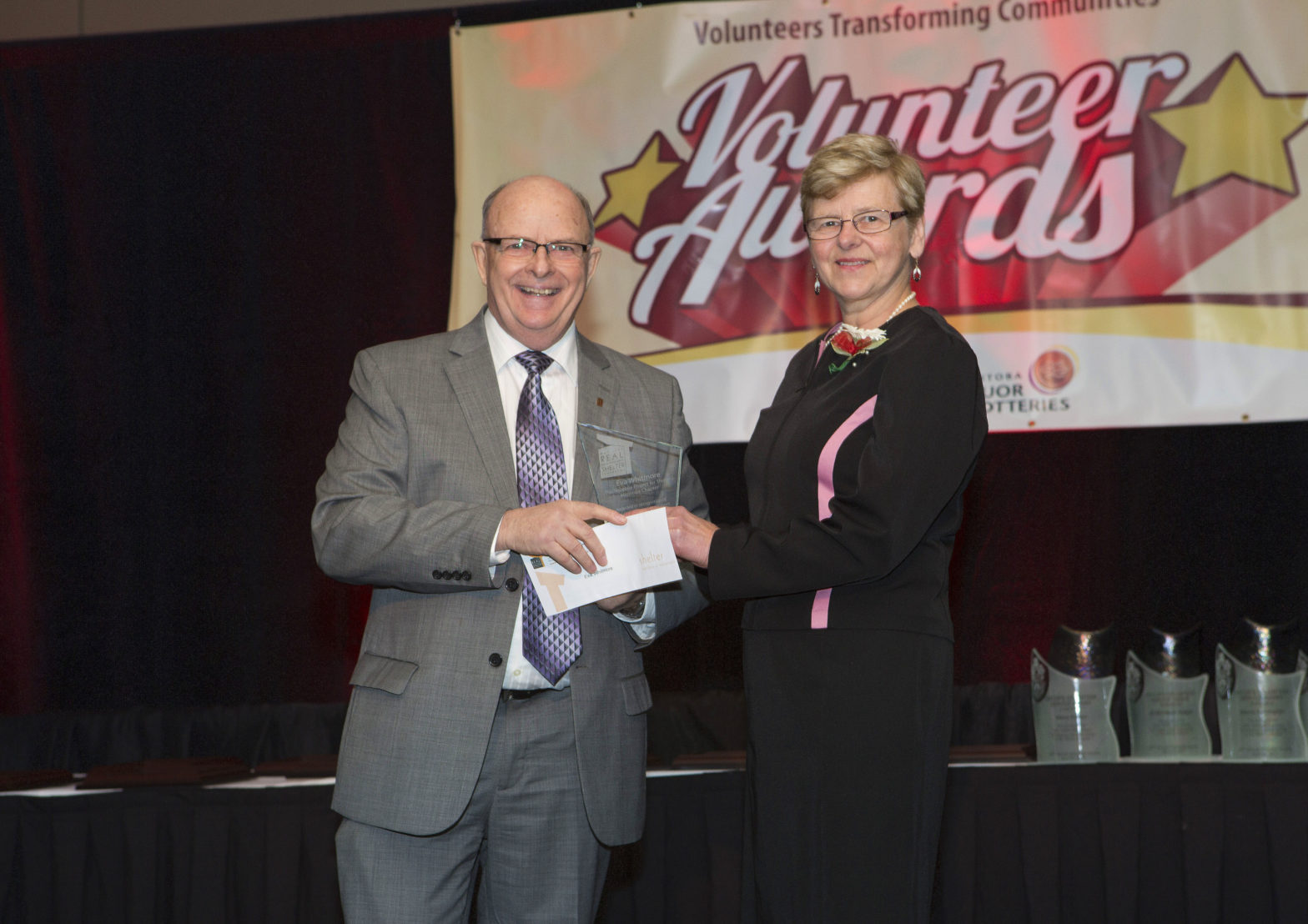 You may think nothing about buying a new toothbrush or getting an extra doughnut with that morning coffee, but to some, that’s a luxury they can’t afford.

Feeling compelled to do something for homeless or at-risk women in her Winnipeg community, Eva Whitmore took it upon herself to begin the Manitoba chapter of the Shoebox Project for Shelters.

The idea is to provide a small box of gifts and necessities such as hairbrushes, bus tickets and food, to women who have been displaced from their homes.

For her efforts, she was awarded with the Manitoba Real Estate Association (MREA) Shelter Foundation Award at the 34th annual Volunteer Awards held April 25.

“She also recognized that many of the resources and services available in Winnipeg were far greater than in rural and northern areas, and so she tried to include as many of these areas as possible.”

Since starting the project in her own home in 2013, she has helped put together more than 7,000 gift boxes, valued at about $50 each. Her original goal, Canart said, was 70 shoeboxes.

“To say that Eva has surpassed her own initial goals would be an understatement,” he told those in attendance at the Volunteer Awards.

“On behalf of the 2,100 members of the Manitoba Real Estate Association Shelter Foundation, it is my pleasure to present this special award to a local hero, Eva Whitmore,” Canart said, before giving Whitmore a $2,500 cheque courtesy of MREA to support the continuation of the project.

Canart urged REALTORS® in Manitoba to donate a shoebox for shelter by dropping one off at the Manitoba Legislative Building or at the MREA office.