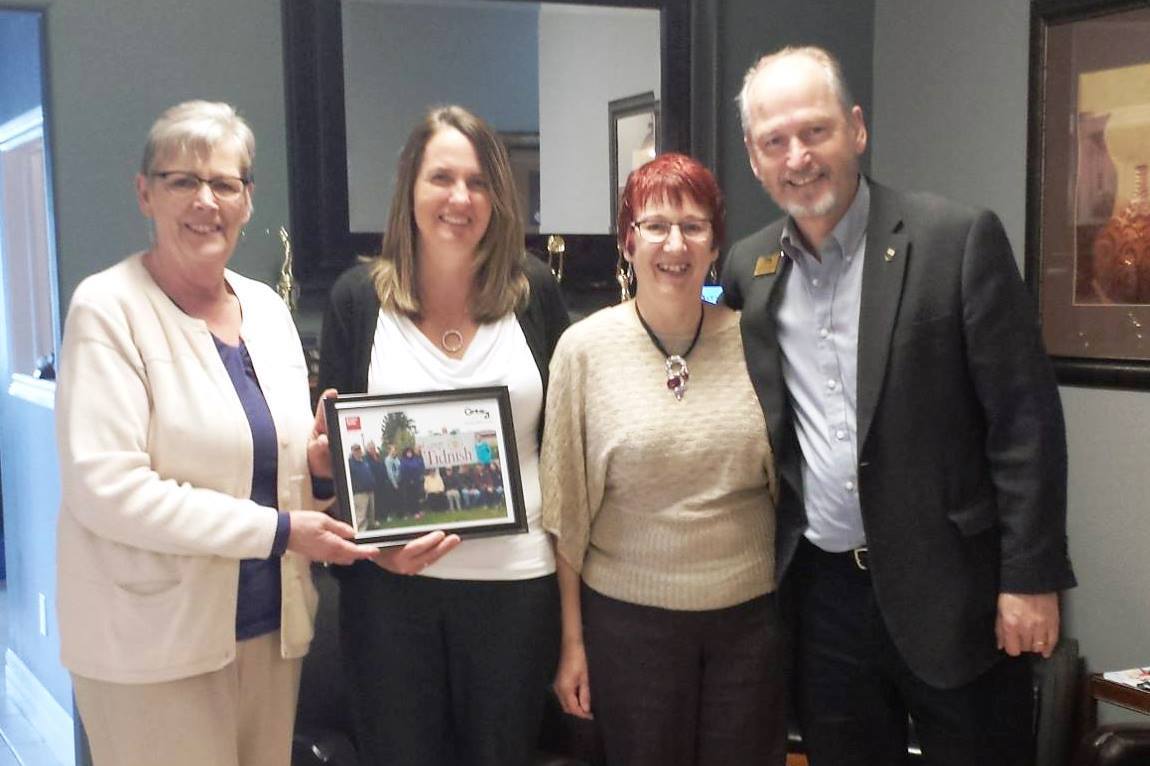 To kick things off, camp director Patti Sampson provided a tour of the newly-renovated facility, highlighting all the improvements made over the winter. Upgrades to the camp included a new docking system for the barrier-free canoe and kayak program, as well as updates to the camp’s infirmary.

TY @C21Trident for your camp clean-up help @CampTidnish on 5/28! @easterseals posted the story on their website: https://t.co/D33Q7LXtl4

After the tour, the real work began. Throughout the day, the Century 21 Trident Realty team worked side-by-side with Easter Seals Nova Scotia staff to prepare Camp Tidnish for the upcoming camp season.  One of the biggest jobs involved a major cleanup of the camp’s accessible pool in preparation for painting.

Other projects included a thorough pre-launch cleaning of the camp’s pontoon boat and installation of vinyl coverings on the hand railings in the main lodge— affectionately known as the “Beehive”.  The team also prepped and painted playground equipment, and planted herbs and vegetables in the accessible raised boxes in the therapeutic garden.

With the enthusiastic support and hard work of the Century 21 Trident Realty team, Camp Tidnish is looking better than ever.

This story was originally featured on the Easter Seals Canada website and has been adapted for our site with permission.