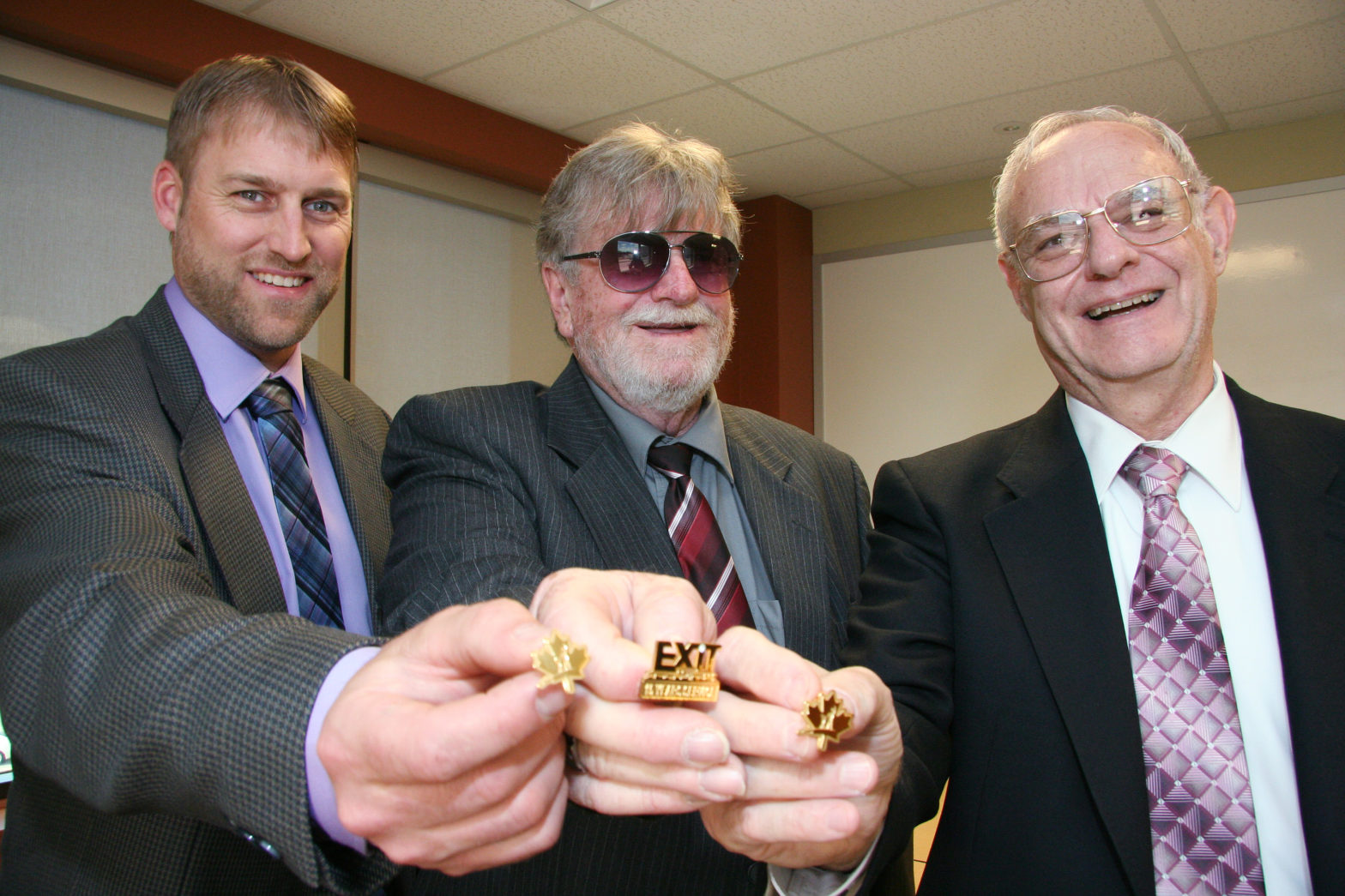 The small, 25-member realty team based in two quaint Nova Scotia towns was recently chosen as the 2015-2016 Business Leader winner for Atlantic Canada at Canada’s Volunteer Awards, beating out companies that dwarf them in size.

“We were shocked, surprised,” said associate broker Mark Seamone. “I mean, we’re a small fish in a big pond. We’re just a tiny operation so there’s a lot of satisfaction in this.”

Exit Realty Inter Lake was recognized for their involvement with Habitat for Humanity. In 2005, owner Jon Walker and his realty team helped bring a local chapter, South Shore Habitat for Humanity, to the communities serving the towns their offices are in — Bridgewater and Liverpool.

More than $240,000 has been raised to support underprivileged families obtain home ownership. They have raised this money through small fundraisers, like selling hot dogs, to holding an annual gala event featuring prominent figures such as renowned CBC anchor Peter Mansbridge. An annual golf fundraiser organized by the Exit Realty Inter Lake team from 2005 to 2012 helped bring in a good chunk of the $240,000 raised.

Since the inception of Habitat South Shore, 19 individuals in need of housing have been helped, including 12 children, two of whom are autistic.

The Government of Canada’s website has Exit Realty Inter Lake described as a “true role model to other companies and leads by example in their community.”

Exit Realty Inter Lake representatives were invited to Ottawa to take part in an official ceremony and think-tank discussion on how to get youth involved in volunteerism. They received a lapel pin and a certificate at the June 9 awards ceremony from the Honourable Jean-Yves Duclos, Minister of Families, Children and Social Development.

Walker said his offices have completely bought into the company’s philanthropic ways.

“The agents all immediately wanted to get on board when we first brought this idea of starting a local Habitat chapter,” Walker said. “It makes sense why Habitat is a charity of choice for REALTORS® because you’re helping a person get a home. We see the process, we help in the builds, we’re involved. It’s just a perfect fit.”

Agents contribute by donating a part of their commission to the local Habitat for Humanity chapter. They also participate in home builds and get into the grunt work, like installing insulation, Seamone said, adding, “that’s not supposed to be a fun task, but we make it fun.”

Exit Realty Inter Lake was named a title corporate sponsor for their most recent home build, something that usually costs $65,000.

“They said, ‘For all the work you’ve done for us, we want you to be a title sponsor,’” Walker said. “Everyone knows who we are because of the work we’ve put into helping Habitat. Our profile has increased so much and talking to our clients, they all know what we do.”

In addition to corporately supporting Habitat for Humanity, most of the REALTORS® are involved in numerous other volunteer projects. Broker Doug White has been volunteering at different service clubs for 43 years because “it’s addictive,” he says. Seamone has been volunteering his time for 18 years to causes he supports. Walker has been a REALTOR® for 30 years and has spent the last 20 years heavily devoted to bettering the community.

Exit Realty wasn’t the only real estate company receiving accolades at Canada’s Volunteer Awards. Royal Lepage and its Shelter Foundation were named the Business Leader award-winner for Ontario. The foundation began in 1998 to support charities that help women and children fleeing domestic abuse. It has raised more than $22 million and benefits 30,000 women and children annually.