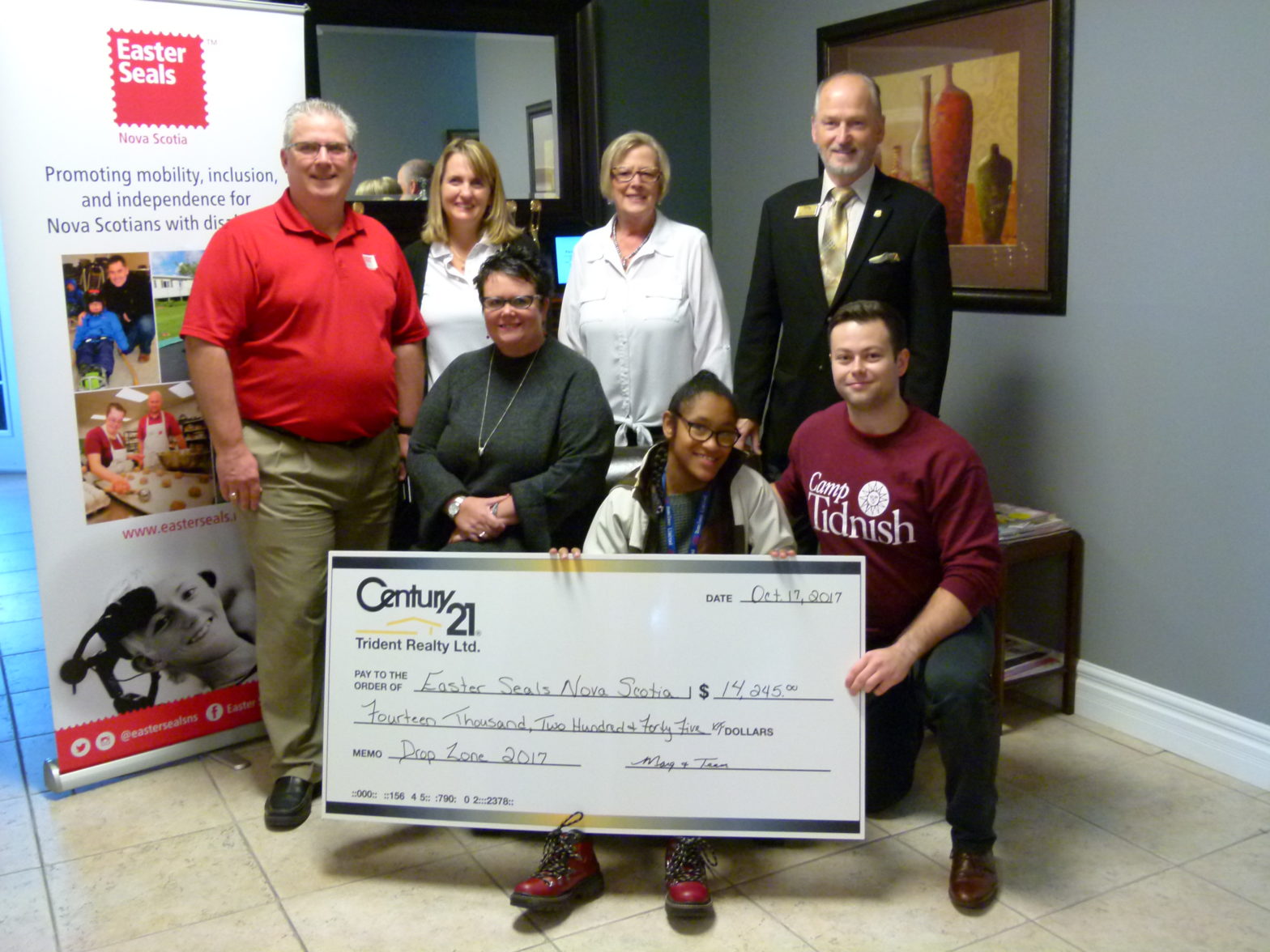 Rappelling down Halifax’s tallest building has never been so rewarding.

For the second year in a row, Century 21 Trident Realty Ltd. has been recognized for raising the largest amount of money for Easter Seals in Atlantic Canada. They managed to raise close to $15,000 this year by holding fundraisers such as golf tournaments and car washes to register for the Easter Seals Drop Zone, which challenges participants to take a plunge down the outside of high-rise buildings. The money went to support Camp Tidnish, a barrier-free summer camp for children living with various disabilities.

“We’re a large brokerage in the city and many of our REALTORS® give back in different ways, but we decided to come together for this one,” said Suzanne Gravelle, managing associate broker at Century 21 Trident.

Last year, the office raised close to $15,000 as well for the fundraising event and Gravelle said business has picked up this year.

“We’re not slowing down. We wanted to beat our total last year but we got really busy with real estate, which is awesome, so we tried our best and we’re proud of that,” she said.

Adding to the accolades coming to Century 21 Trident this year is the fact Marg Bowlen and Gary Chambers recently were honoured in Quebec City as franchisees of the year.

“It was a big surprise,” Gravelle said. There were many factors in deciding a winner including business criteria, such as REALTOR® growth and retention, as well as philanthropic criteria, such as charitable donations.