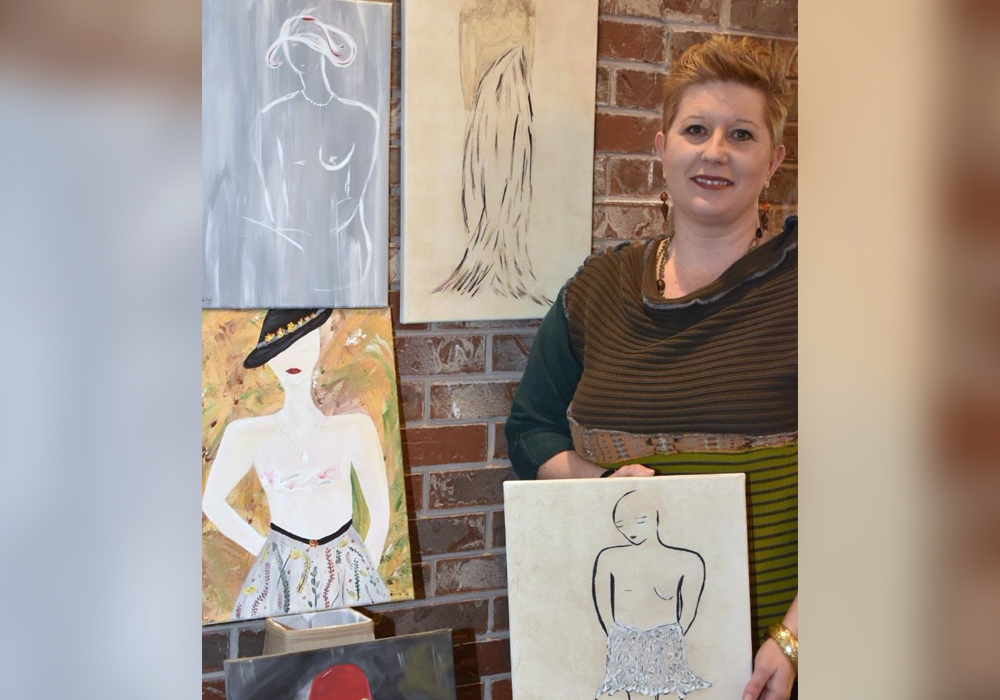 ‘It’s very near and dear to my heart’: REALTOR® donates her paintings for cancer research

When Donna Paisley picked up a paint brush for the first time a year ago, it never once crossed her mind she’d be using her newfound talent to help in the fight against cancer.

Now, she’s hoping five of her original paintings fetch upwards of $10,000 at New York Fashion Week in support of #Cancerland, a media platform focused on changing the conversation about breast cancer.

Donna and her husband went to their first paint night together in January 2017. While no stranger to arts and crafts — she’s sold homemade pottery items in the past — she discovered painting gave her the opportunity to express herself more intimately.

“My grandmother was a breast cancer survivor and I also have a friend in Calgary who is going through the breast cancer battle, so it’s very near and dear to my heart,” says Paisley, a REALTOR® from Nova Scotia.

She drew from those personal experiences and began painting portraits depicting women who have undergone mastectomies.

“These need to be painted because they come from such a pure place and they’re real,” she told Global Halifax during a recent on-air segment. “I think that the awareness is part of the education process when it comes to breast cancer.”

Her paintings caught the eye of executives with #Cancerland after one of Donna’s friends encouraged the relatively new painter to submit some of her artwork for a charitable auction.

Not expecting much, Donna says she was floored to find out the starting bids for her paintings ranged between $500 and $1,500 each.

“I was pretty humbled, really,” she reflects. “When I got the call asking me if I would be willing to donate my paintings, I told them, ‘Absolutely, whatever you need.'”

Donna says she has more original artwork for sale on her Facebook page. Similarly to the New York Fashion Week event, all of the proceeds will be donated to cancer research.