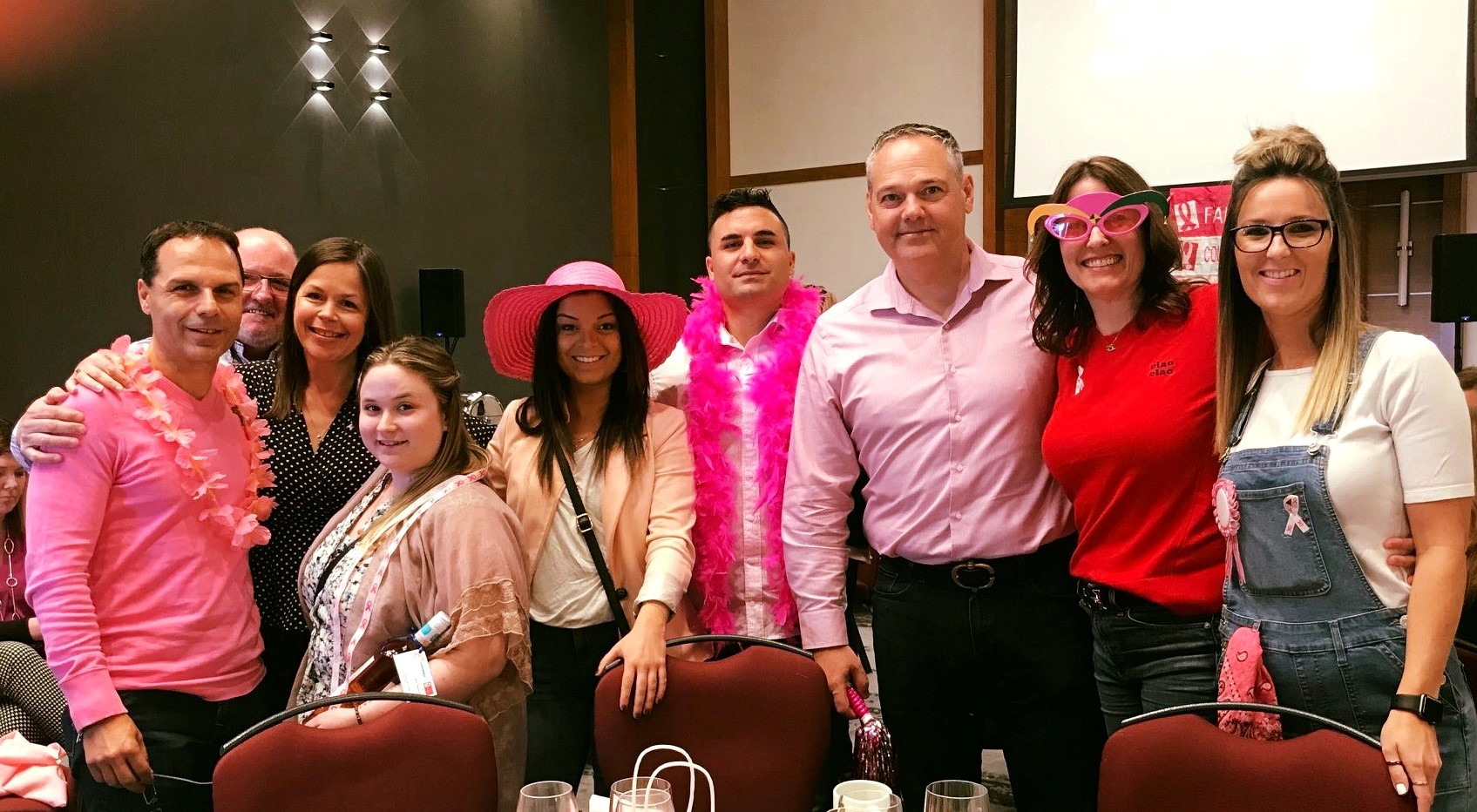 It all started in 2001, when REALTORS® from the Royal LePage Team Realty sat down for a breakfast meeting at their Almonte office. The meeting began well, but their earnest discussion was soon cut short when the REALTORS® noticed something that was simply impossible to overlook. It was without a doubt one of the most absurd neckties the REALTORS® had ever laid eyes on, however it would not be without redemption. Where others would see something best left forgotten, this group of REALTORS® saw the potential for good. They decided to do what they do best and find the tie a new home. They put the tie up for auction where it sold for $200 following a unanimous agreement that the profits would be donated to charity.

This is the story of Royal LePage Team Realty’s Denim Day breakfast and auction. The event has become a highly anticipated staple of Team Realty’s annual charitable initiatives since the sale of that legendary necktie. Every year, REALTORS® from the Ottawa-based brokerage come together and bring a variety of items, ranging from practical to eccentric, with the intent of putting them up for auction. They do this happily knowing that the proceeds will be used to provide much needed support to the Ottawa Hospital Breast Health Centre and the Queensway Carleton Mammography Unit. Since the event’s inception, Team Realty has raised over $666,000. This year their resolute determination culminated in their most successful year yet with the total sum amounting to over $66,000.

Event coordinator Julie Sangster attributes their success to the lively atmosphere and the enthusiasm of the event’s participants: “It’s everyone’s favourite event. It has a unique energy,” she explains. “It makes it personal when you see firsthand what you’re doing.”

Royal LePage Team Realty’s generosity was recognized when the Ottawa Hospital’s Breast Health Centre decided to name one of their brand-new ultrasound rooms after Royal LePage.

Team Realty’s owner Kent Browne has been with the organization for 35 years. In addition to his professional responsibilities, Kent has served prolifically as an auctioneer for charity events.  Denim Day was one of many auctions he has participated in over his decades long career.

“I have been blessed to have had such an enjoyable career and have always tried to help those around me in the community,” explains Kent. “I grew up as a Toronto estate auctioneer in a seven-generation family business and did my first charity auction at 15. Not long ago I was doing about 30 auctions a year but recently I’ve slowed down to about 15-20. I think being charitable grounds you and reminds one of how fortunate many of us are.”

The generosity and spirited efforts of the team at Royal LePage Team Realty speaks to the core values of REALTORS® across the country and their shared belief that charity truly begins at home.

Yesterday morning, Royal LePage agents raised $66,440 for our annual Breast Cancer fundraiser. Sweet treats and edible art were just a smidgen of our auction items. Thank you Emily and Elaine @howdoicutit for making these gorgeous treats for us. #breastcancerresearch #edibleart #realtorscare #howdoicutit