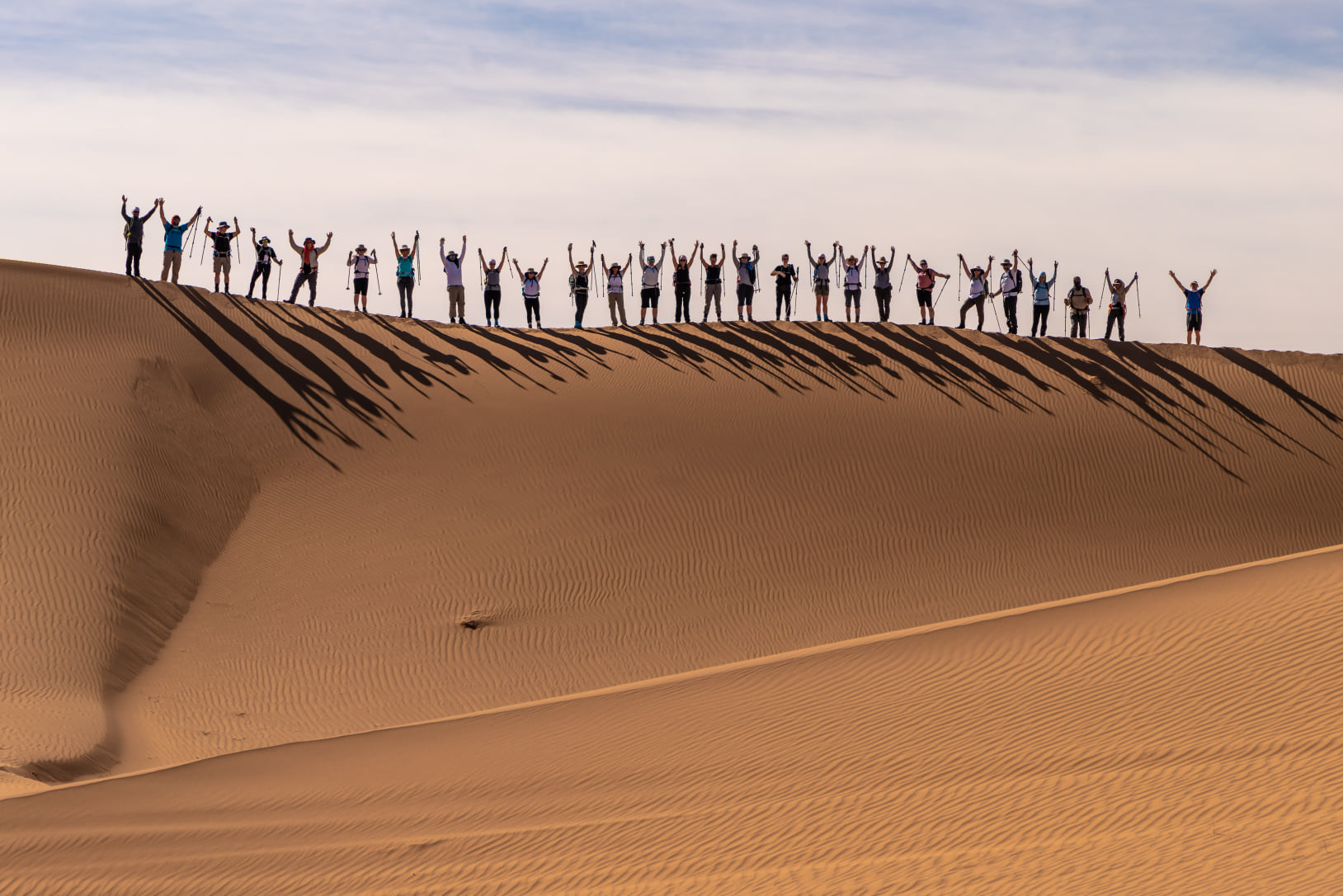 During the first-ever national REALTORS Care® Week, which took place November 18-22, 2019, 120 Royal LePage professionals journeyed to Morocco from communities across Canada to participate in the Sahara Desert Challenge for Shelter. Prior to their departure, this committed group had raised more than $1.1 million in support of the Royal LePage Shelter Foundation, Canada’s largest public foundation dedicated exclusively to funding women’s shelters and violence prevention programs.

For five days, participants left the comforts of home behind and hiked more than 100 kilometres across hard and rocky terrain, supporting each other along the way. They climbed sand dunes hundreds of metres high and withstood hours of walking in blistering heat. At night, the temperatures dipped to near freezing while they slept restlessly in their tents, their bodies aching from the effort. The physical and emotional strain put on the trekkers was immense, but it couldn’t compare to what women and children escaping domestic violence experience—the very women and children who were the driving force behind this adventure.

“The Sahara Desert Challenge for Shelter is an outstanding example of how Royal LePage professionals come together to support their local communities,” says Shanan Spencer-Brown, Executive Director, Royal LePage Shelter Foundation. “The trekkers put in considerable time and effort to fundraise, prepare by hiking long distances at home, and then travel across the world to take part in the Challenge. Across Canada, many other Royal LePagers made donations to support the cause. It was truly a team effort.”

To participate in the Sahara Desert Challenge for Shelter, each trekker committed to raise at least $5,000 for the Royal LePage Shelter Foundation and cover their own travel and trekking expenses.

Danielle Margolis, a REALTOR® from Winnipeg, Manitoba, was recognized as the top fundraiser, for personally raising more than $38,000. “My fundraising efforts were a hugely joint project,” shares Danielle. “I’m grateful for my extremely supportive brokerage, fellow REALTORS®, family, friends and most importantly my husband and father-in-law who helped with a lot of the requests for donations and spreading the good word.”

The Sahara Desert Challenge for Shelter was the Royal LePage Shelter Foundation’s third fundraising challenge, following treks to Machu Picchu in Peru (2015) and across Iceland’s Southern Highlands (2017). In total, participants in these three challenges have collectively raised more than $2.3 million.