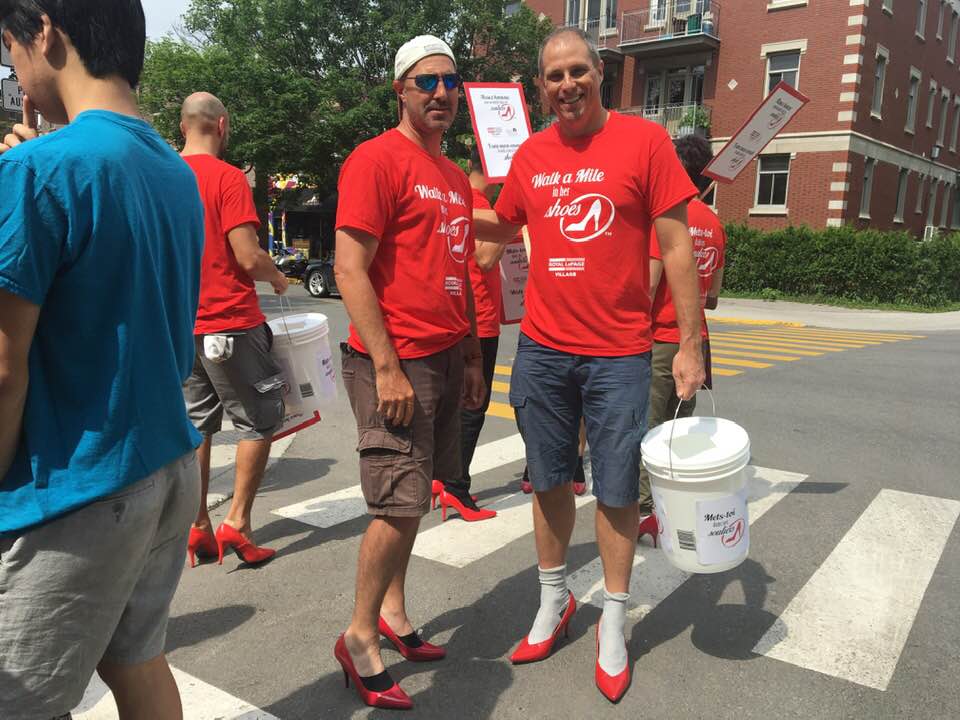 Royal LePage Village in Montreal raised more than $47,000 at their 5th annual Walk a Mile in Her Shoes® event.

More than 85 men donned red high heels and literally walked a mile through the Notre-Dame-de-Grâce neighborhood, raising funds and awareness to prevent violence against women. Many were unsteady on their feet and a few got blisters, but everyone did their best to complete the mile in support of the cause. Their route was lined with nearly 200 spectators and supporters.

100 per cent of the funds raised were directed by the Royal LePage Shelter Foundation to local women’s shelter, Auberge Transition. The shelter operates at capacity 365 days per year and is deeply appreciative of Royal LePage Village’s year-round commitment and generosity towards the women and children they serve.

“This event has grown exponentially since its beginning 5 years ago,” said organizing committee member and Royal LePage Village broker Aline Zafirian. “We’re always aiming to raise more and more funds and to increase the number of people in our community who become involved, so we’re very proud of this year’s results.”

“The success of our 5th annual event is the perfect example of what can be accomplished when our brokers, shelter staff and volunteers, and the community as a whole comes together,” added Georges Gaucher, general manager, Royal LePage Village. “We fully expect to hit our $50,000 goal in the coming weeks!”

This annual event has now raised more than $100,000 in support of the Royal LePage Shelter Foundation.