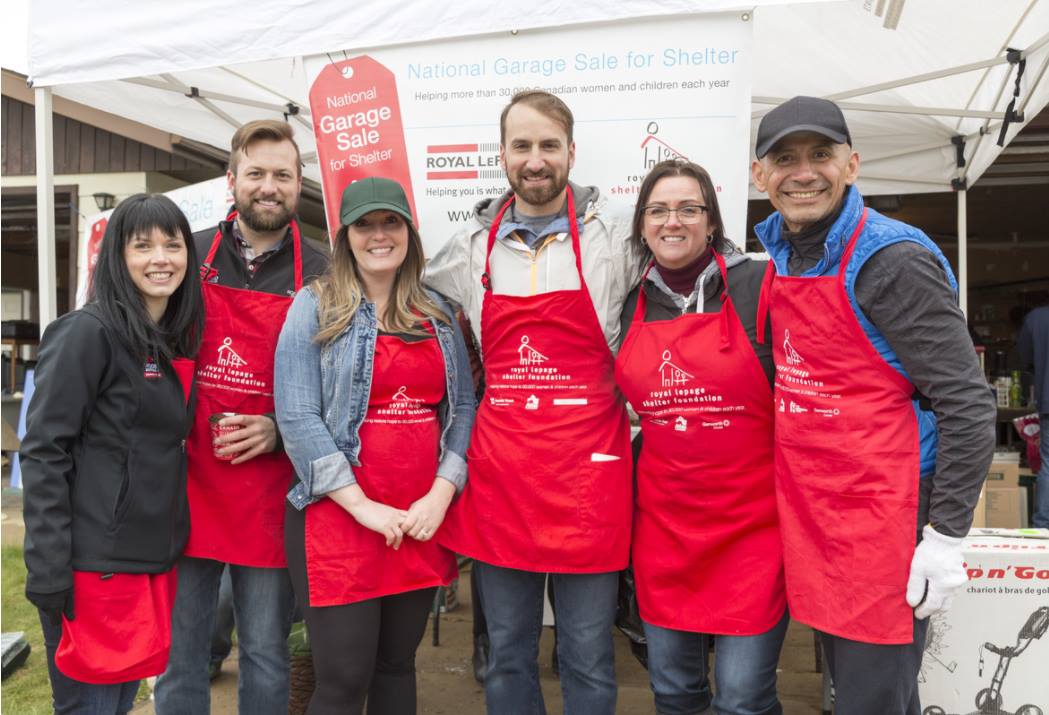 The Royal LePage Shelter Foundation appreciates the efforts of thousands of Royal LePage professionals, volunteers, donors and shoppers who helped raise over $100,000 at the 11th Annual National Garage Sale for Shelter.

Held each year on the Saturday of Mother’s Day weekend, this event has now raised more than $3 million in support of local shelters for women and children seeking safety from domestic violence.

A shout out to the hundreds of volunteers across Canada who are out there today on the street corners, parking lots and driveways, raising money for Canada’s largest foundation focused on making our communities safer and happier. The Royal LePage Canada National #GarageSale for Shelter, building hope, $.25 at a time! Royal LePage Shelter Foundation #garageSale4Shelter #LindsayRocks! 100% of every dollar raised goes directly to helping women and children impacted by violence. Royal LePage pays all administrative expenses.

Sending many, many thanks to all of you who made this Garage Sale for Shelter a success! The final tally is not in yet…but, with the hard work of our dedicated community, we made approximately $4000 to be donated directly to the Red Door Family Shelter. 😘🙏 . . . #polsonhomes #amypolson #garagesale4shelter #torontobeaches #reddoorfamilyshelter #thesix #ittookavillage

“As Canada’s Real Estate Company, Royal LePage is proud to help Canadians create safer homes and build healthier relationships,” said Royal LePage CEO Phil Soper. “I salute the women and men of Royal LePage for their ongoing commitment to our foundation and for the volunteer time they dedicate to the National Garage Sale for Shelter.”

“The most dangerous time for an abused woman is when she attempts to leave the relationship”, said Shanan Spencer-Brown, Executive Director of the Royal LePage Shelter Foundation. “That’s why women’s shelters are so critical. On any given day in Canada, more than 6,000 women and children sleep in shelters because it isn’t safe for them at home. All the proceeds from the National Garage Sale for Shelter provide these women and children with the chance to heal from the trauma of abuse and to lead safer, happier and more hopeful lives.”