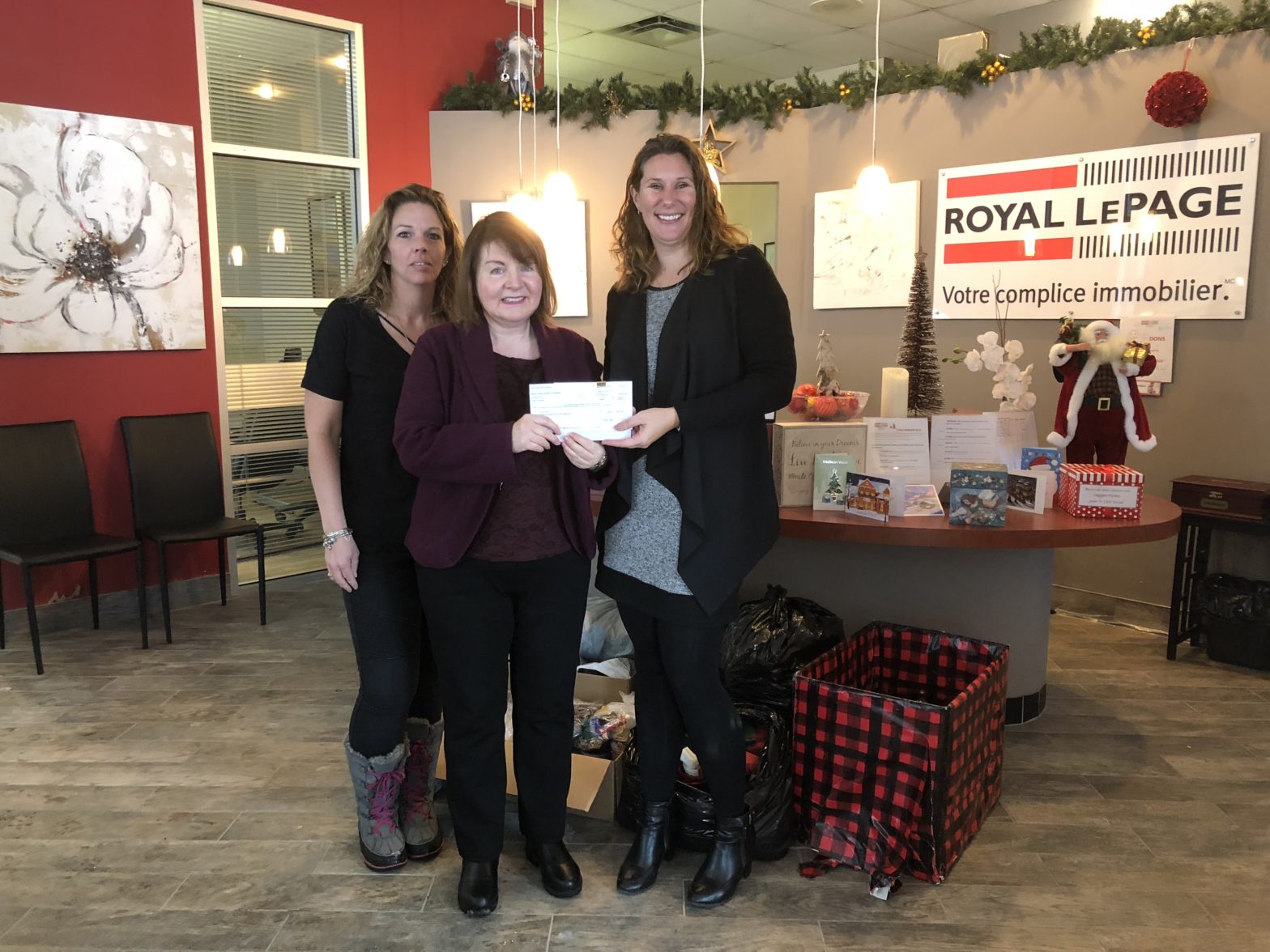 To help comfort women and children spending the recent holiday season in shelters to escape domestic violence, Royal LePage brokerages in Quebec participated in a Sharing for Shelters fundraising campaign. Royal LePage sales representatives, management and staff in Quebec were invited to make donations online to the Royal LePage Shelter Foundation and encourage community members to join them in supporting women and children who had taken those brave first steps away from violence. More than $6,500 was raised throughout the month-long campaign, with 100% of proceeds going to the cause.

“I am grateful to our network for their participation in what we hope will be an annual holiday fundraiser,” said Johanne Robert, manager of network services for Royal LePage’s Quebec head office. “Every dollar counts, especially during a time of year when some women most keenly feel a lack of connection to their extended family or wish they could give their children a more conventional holiday experience.”

“Shelters operate within limited budgets which don’t allow for any ‘extras’ that might make the holiday season brighter for women and children,” said  Shanan Spencer-Brown, executive director of the Royal LePage Shelter Foundation. “Donations made during the campaign allowed shelters to provide special food, gifts and other essentials for women and children to enhance their stay and help them rebuild their lives.”