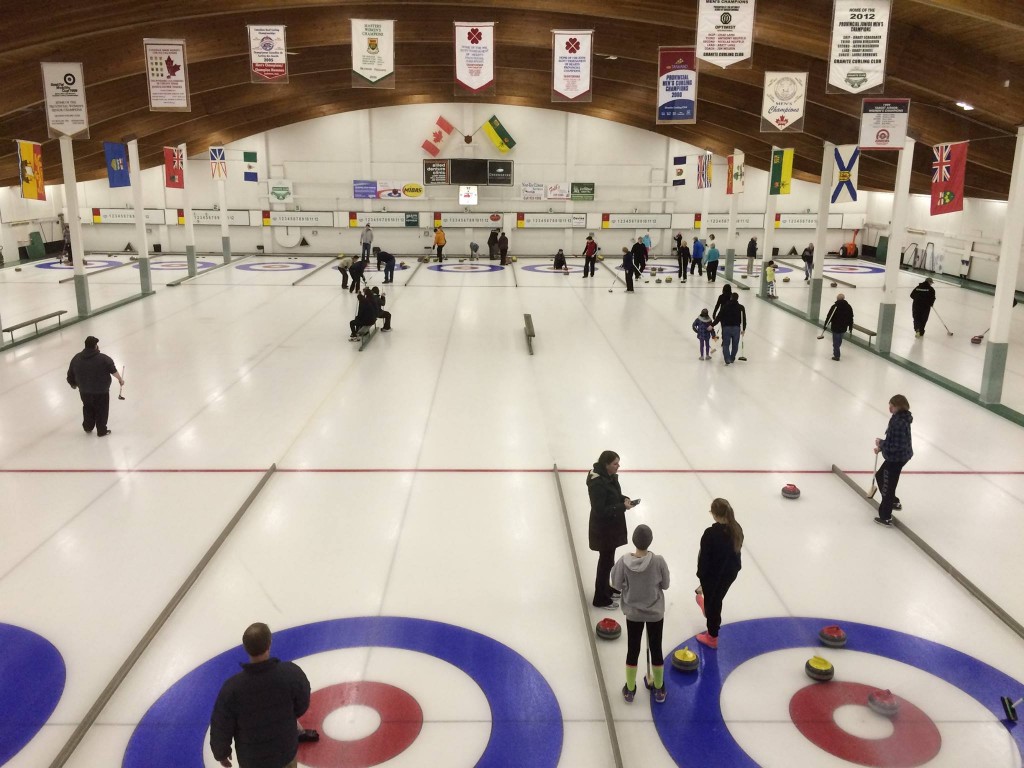 Royal LePage Saskatoon Real Estate hosted its 13th Annual Funspiel in support of the Royal LePage Shelter Foundation. 11 teams and several  guests participated in the curling event on February 8, 2015, which was followed by dinner and an awards ceremony. $5,911 was raised in pledges for local shelter Saskatoon Interval House.

“While raising funds for our local women’s shelter is the primary goal, our Funspiel also provides a fun and social atmosphere,” said Matt Miller, one of the organizers. “We are fortunate to have the support of great REALTORS®, staff, clients, and local businesses who have generously contributed to this event over the past 13 years.”

The team captained by Lorri Walters of Royal LePage Saskatoon emerged victorious, although rules were designed to allow for people of all skill levels to enjoy. Jim Bridgemenan, Lionel Betker and Lorri Walters rounded out the organizing team.