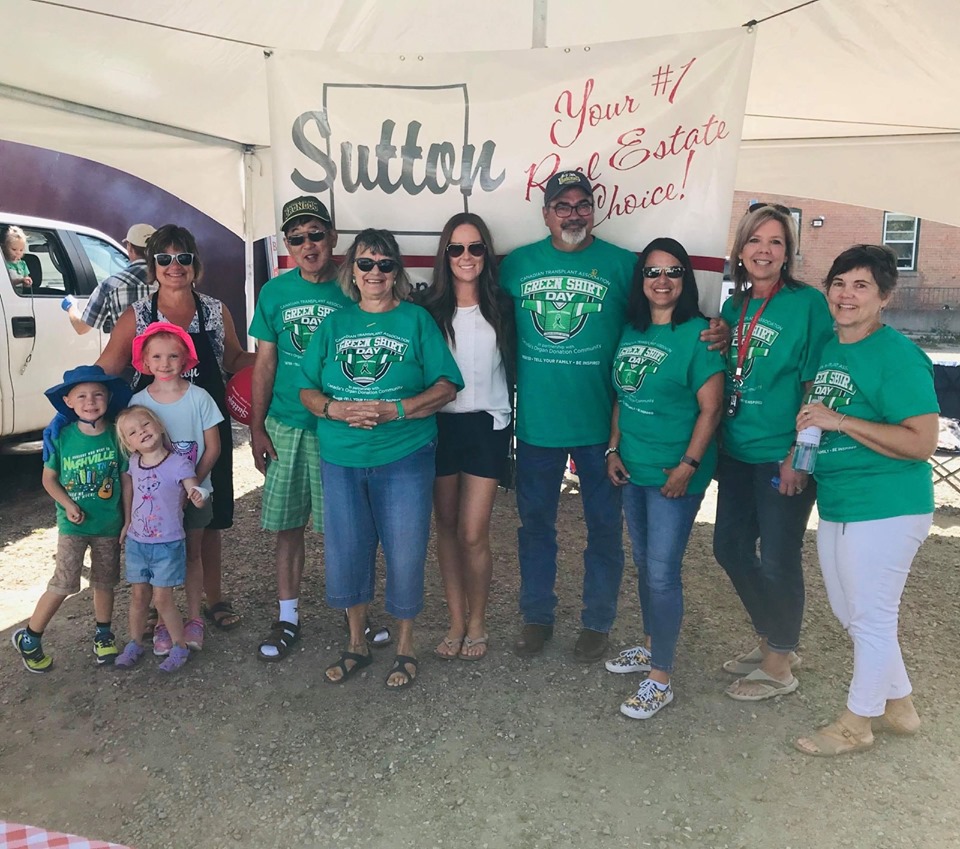 On Tuesday, August 20, Sutton Group – Lethbridge held a Whoop Up Days BBQ outside their office during Lethbridge’s annual Whoop Up Days Parade. Sales associates, staff and their families helped to organize the barbeque and prepare and sell the sizzling hot meals. They raised over $700 to support the Logan Boulet Endowment Fund, which was established by Logan’s family following his tragic death in 2018. He and 15 others lost their lives in the Humboldt Broncos (Junior Hockey League team) bus crash.

Trish Lyons, Co-owner/Associate Broker at Sutton Group – Lethbridge notes, “All funds raised were originally going to be donated to the Logan Boulet KidSport Fund, a local KidSport chapter established with the help of Logan’s parents, Tobi and Bernie Boulet, so all kids can play, and to honour Logan’s memory.”

“However, at the tail end of the parade, Tobi and Bernie Boulet, who were named Parade Marshalls this year, came to our barbeque and joined those who were there still making sales, along with people from the community who were buying lunch in support of the ‘Logan Boulet Effect’.”

The Humboldt Broncos bus crash touched hearts around the world, but especially in smaller communities such as Lethbridge where young players like Logan grew up playing the sport that they loved.