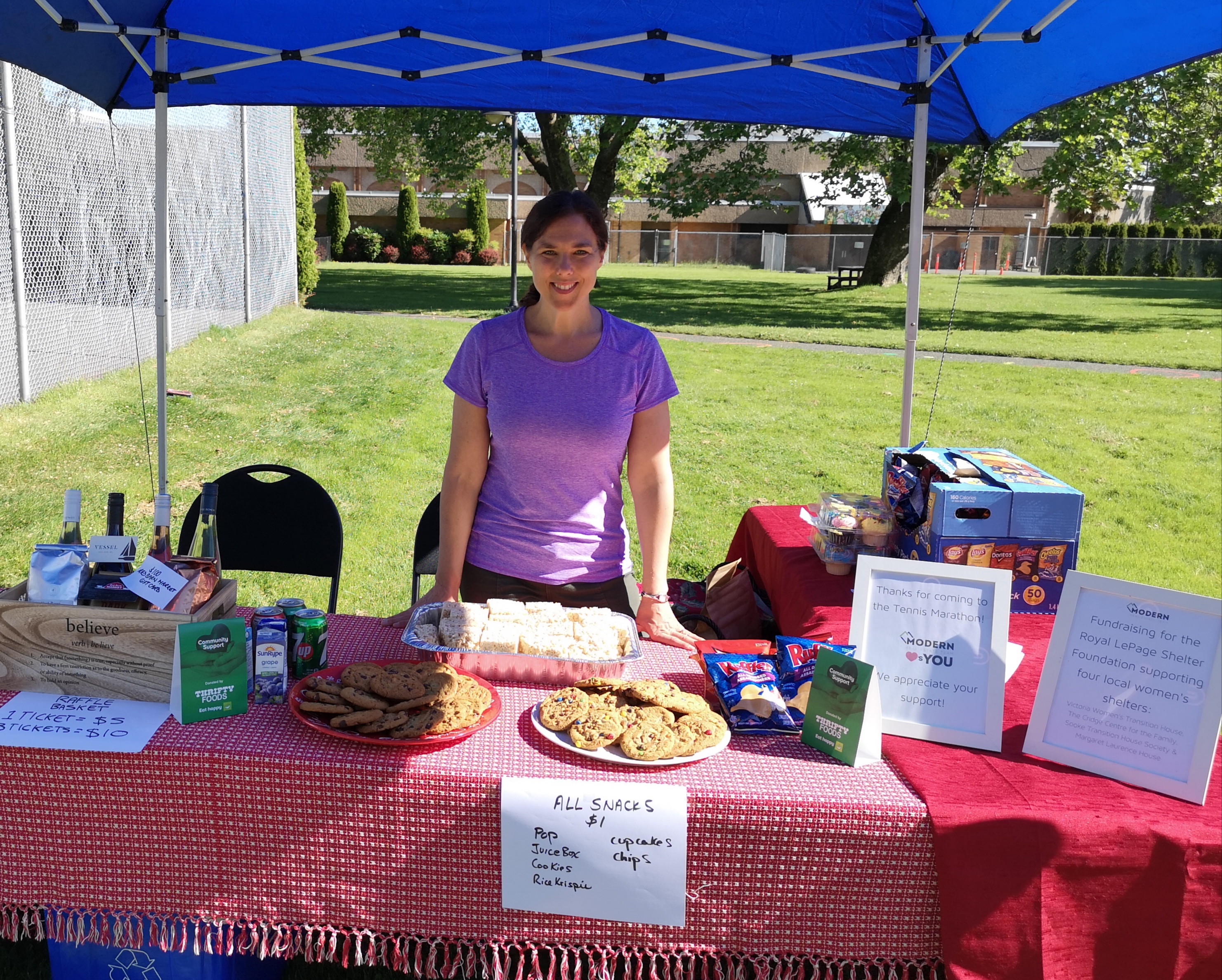 Sonya Conn from Royal LePage Coast Capital Realty in Victoria, BC recently recruited her husband, Michael, to help raise funds for the Royal LePage Shelter Foundation. The catch? He would be playing tennis for 12 hours straight! Conn organized friends and community members to sign up for a half-hour fun and friendly matches against the tennis enthusiast in exchange for a donation to the cause. Snacks and draw tickets rounded out the fundraising. In total, $2,400 was raised, which will benefit four local transition houses and domestic violence prevention and education programs across Canada.

“Our tennis marathon was so much fun and raised a great deal of awareness for our local shelters,” said Conn. “Michael was a trooper and I’m grateful to him for making the day possible!”