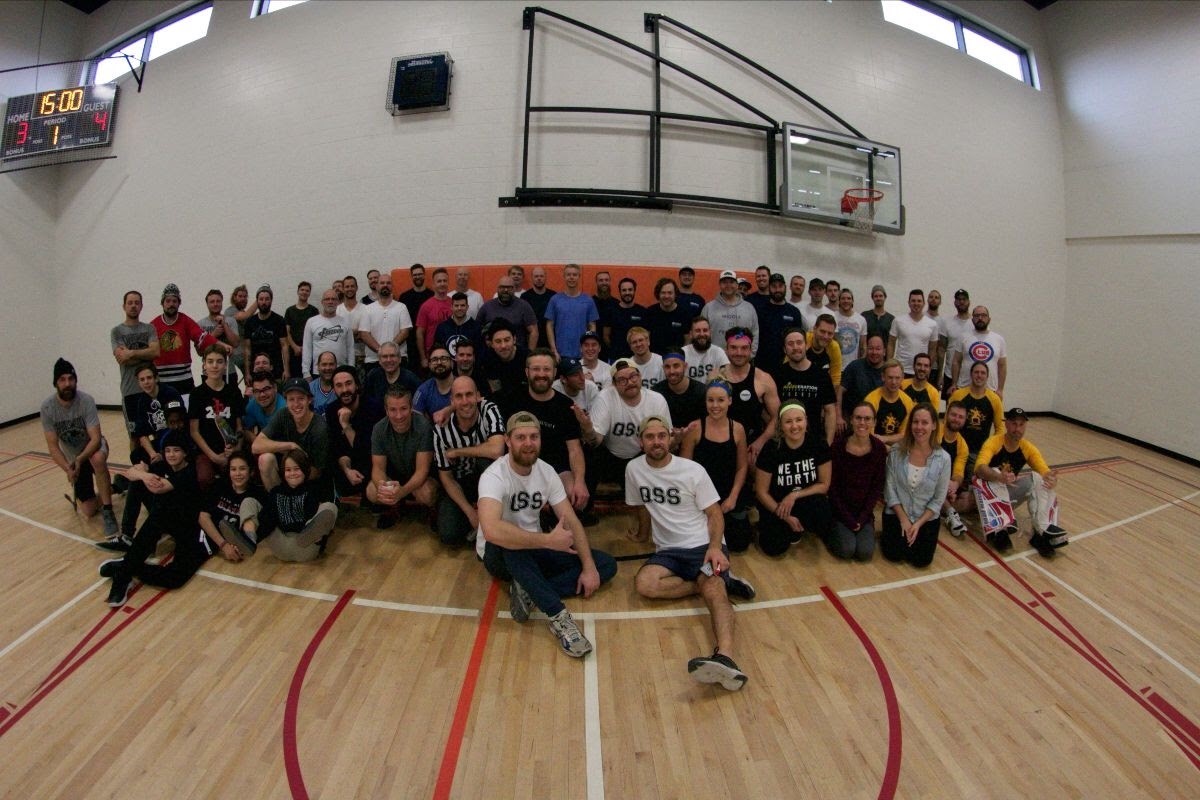 On November 2, 2019, a group of REALTORS® from Winnipeg, Manitoba, took a pause from the busy world of real estate and picked up their hockey sticks for a day of fun competition in support of their neighbourhood youth drop-in facility and skatepark, The Edge. Together, the REALTORS® alongside floor hockey tournament’s other participants helped raise approximately $42,000 for the Edge, leaping bounds beyond their original goal of $30,000.

It was a special day for REALTOR® Adam Neustaedter of Century 21 Gold Key Realty Ltd., who was one of the event’s organizers and a longtime skateboarding enthusiast.

“A good friend I used to skate with growing up got me involved,” explains Adam. “He called me up and asked if I was interested in lending a hand. It was impossible to say no, and before I knew it, I was on their fundraising committee. Skateparks and places like The Edge had a profound influence on me in my younger years. These centres are more than just skateparks. They’re places where youth can find positive role models, learn important life skills, and do something they love that steers them away from trouble.”

Hockey Day in Winnipeg has been a tradition in the local skate community since its inception seven years ago. This year’s tournament was the largest one yet with 95 total participants.

“The whole event had an incredibly positive atmosphere,” Adam continues. “The emphasis was on having fun rather than winning. We were all there for the same cause at the end of the day. We even had a fun set of rules where you could donate an extra $20 to have the goalie pulled, or $50 to swap the hockey net for a soccer net.”

This year’s tournament set a new benchmark for Hockey Day in Winnipeg, not just in terms of total funds raised, but also in it’s ability to engage the community effectively and raise awareness about the vital work done by The Edge and other similar organizations for young people in the Winnipeg community.

“As a REALTOR®, you come to understand the importance of taking care of the people around you in your community,” says Adam. “We are in a very public facing industry, so it’s essential that we continue to reach out to build meaningful relationships with those around you in the community. We all have to do our part.”