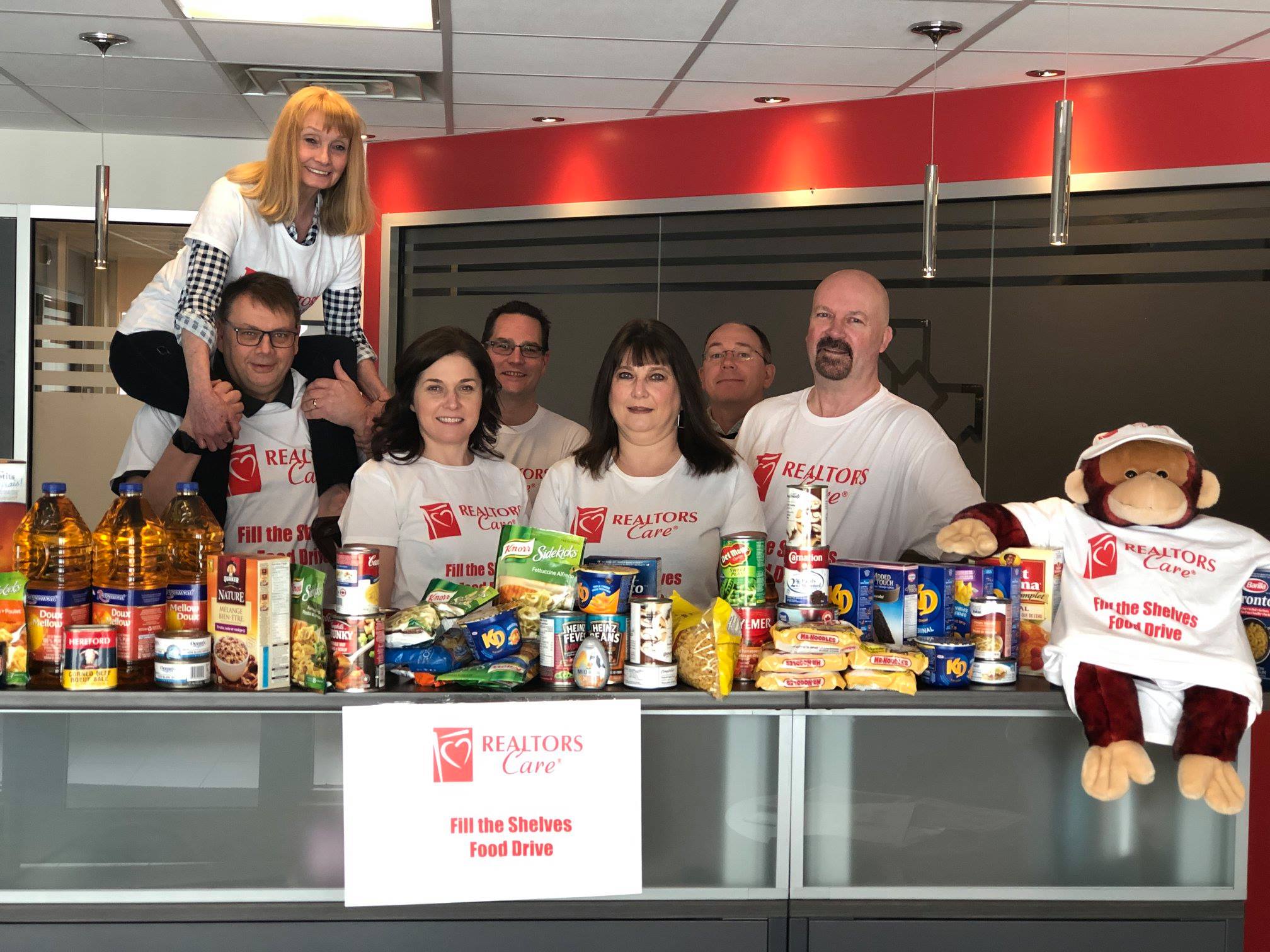 In response to a devastating fire in January at the Community Food Sharing Association (CFSA), REALTORS® from across Newfoundland and Labrador rallied to help replenish what had been lost. On March 8, 2019, REALTORS® from 30 real estate offices joined forces to participate in the “REALTORS Care® Fill the Shelves Food Drive,” collecting donations for local food banks and raising funds for the CFSA.

The NL Association of REALTORS®’ Board of Directors happened to be meeting the same week as the food bank fire in St. John’s that wiped out the building and its entire stock of food. They made an immediate cash donation of $1,000 then set out to engage members across the province to create a larger event to keep the momentum going.

From setting up at the local Sobeys, to loading up eight shopping carts full of goods, to hosting a successful hotdog fundraiser, over 4,000 pounds of food and more than $4,000 were collected to donate to food banks.

“More than 150 REALTORS® from 30 offices across the province showed how much they care about the communities they live and work in,” said Bill Stirling, CEO of the NL Association of REALTORS®. “In one community, two brokerages partnered with a local car dealership who loaned them a van to use as a drop-off centre at the local CO-OP Store for the day. In another, a brokerage had just lost its office in a major fire but the agents turned out anyway to raise money and collect food for the local food bank.”