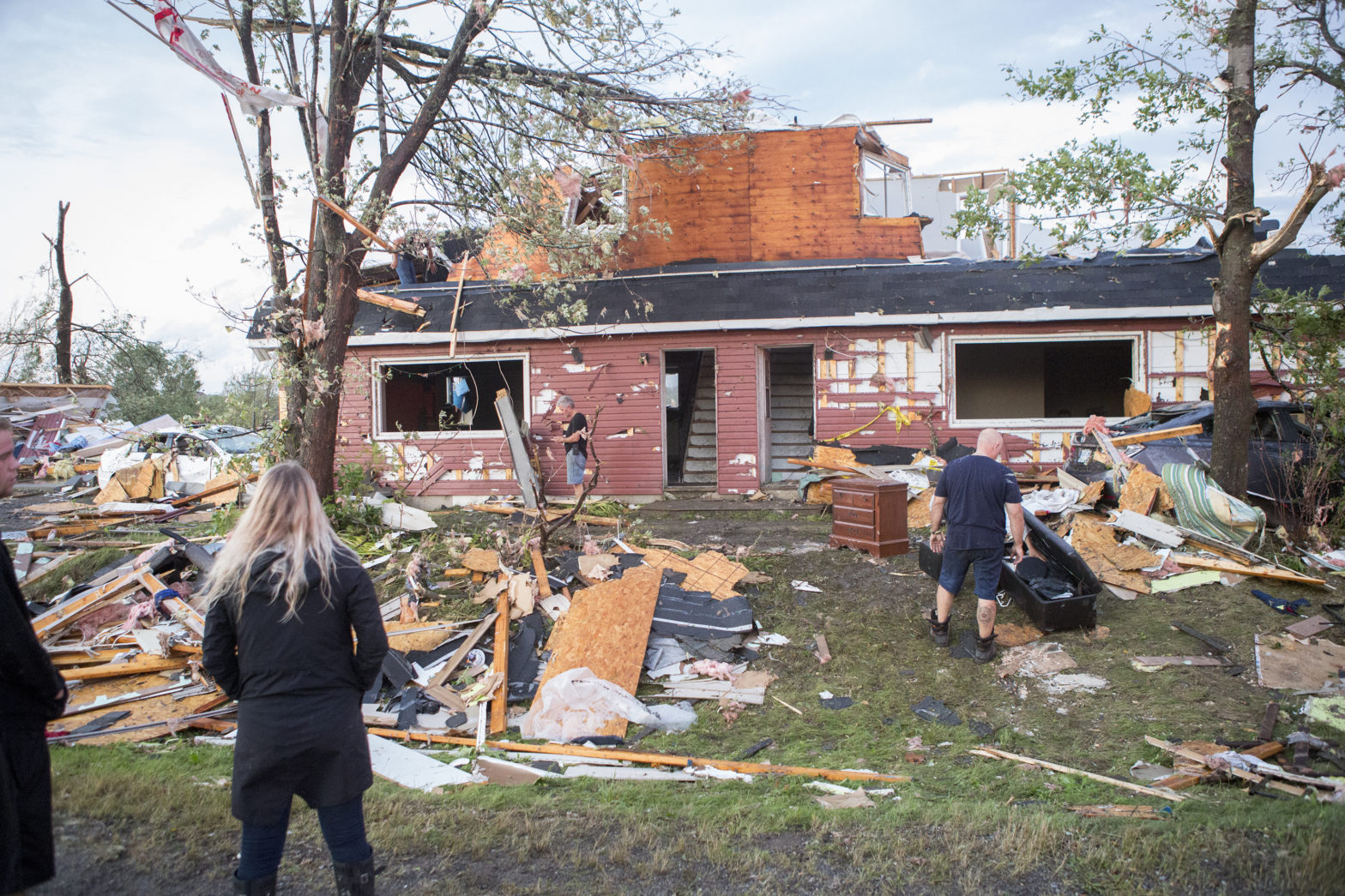 REALTORS® raise close to $20,000 for victims of Ottawa-Gatineau tornadoes

Before they had a chance to gather their most cherished belongings, deafening winds hurled their possessions into surrounding farmlands.

Before they could seek shelter in their basements, the roofs of their homes were being ripped to shreds.

And before they had the opportunity to realize the most powerful wind storm to strike the area in more than a century just tore through their community, some residents of the Ottawa-Gatineau region were left standing in piles of rubble they used to call home, wondering what to do next.

On September 21, 2018, six tornadoes swept through the National Capital Region. The strongest tornado—an EF3 with wind speeds reaching 265 km/h—left a path of destruction 10 kilometres in length from west Ottawa into Quebec.

“It looks like a massive bomb explosion,” Ottawa Mayor Jim Watson told the media just hours after surveying the damage that left 100 homes destroyed and about 100,000 Hydro Ottawa customers lose power, some for up to a week. In Gatineau, an apartment building that housed 600 people was also destroyed.

Seeing so many people left without a home, REALTORS® felt compelled to help. On behalf of the REALTOR® community across Canada, the Canadian Real Estate Association’s REALTORS Care® Committee launched a fundraising campaign in support the Canadian Red Cross’ Ottawa-Gatineau Tornado Appeal.

At the end of the appeal, $19,936 was raised for the affected communities—$10,875 for Gatineau-area victims and $9,061 for Ottawa-area victims. The Red Cross says that money is used to respond to the immediate and emerging needs of those affected by the disaster.

“What a display of generosity,” said Chantal Legault, director of the Outaouais Real Estate Board. “The REALTOR® community is often called upon, and I was sure members from across Canada would respond to a call to action on the REALTORS Care® platform. I really want to thank them for their support.”

Le Droit reported more than 1,700 people living in the Mont-Bleu area of Gatineau requested help from the Red Cross. Damages in that area alone are estimated to be several million dollars.

In #photos: Red Cross volunteers are working tirelessly to help people impacted by the tornadoes that struck the Ottawa-Gatineau area last week. You can help by making a donation: https://t.co/buJyNlW0u4 #ottawa #tornado #Gatineau #ottstorm pic.twitter.com/CsHYT1nRW7

The damage was roughly a two-to-one split between Eastern Ontario (more than $192 million) and the Gatineau region (more than $102 million), according to the Insurance Bureau of Canada, which represents the industry.

“This disaster deeply affected our REALTORS®,” Legault added. “Working in the real estate industry, they have an acute awareness of what it means to lose a home.”

Three months after the tornadoes, on the heels of what’s supposed to be a blustery winter, some of the affected residents are slowly rebuilding. Others are still waiting for the process to start.

The Canadian Red Cross says it will continue to provide assistance for people in need of support.

Chris Pennycook raises more than $124,000 for local women’s shelter and foundation alongside REALTORS® from across Canada

CREB® gives $300,000 grant to affordable housing project to provide a ‘hand up’ to Calgary residents in need