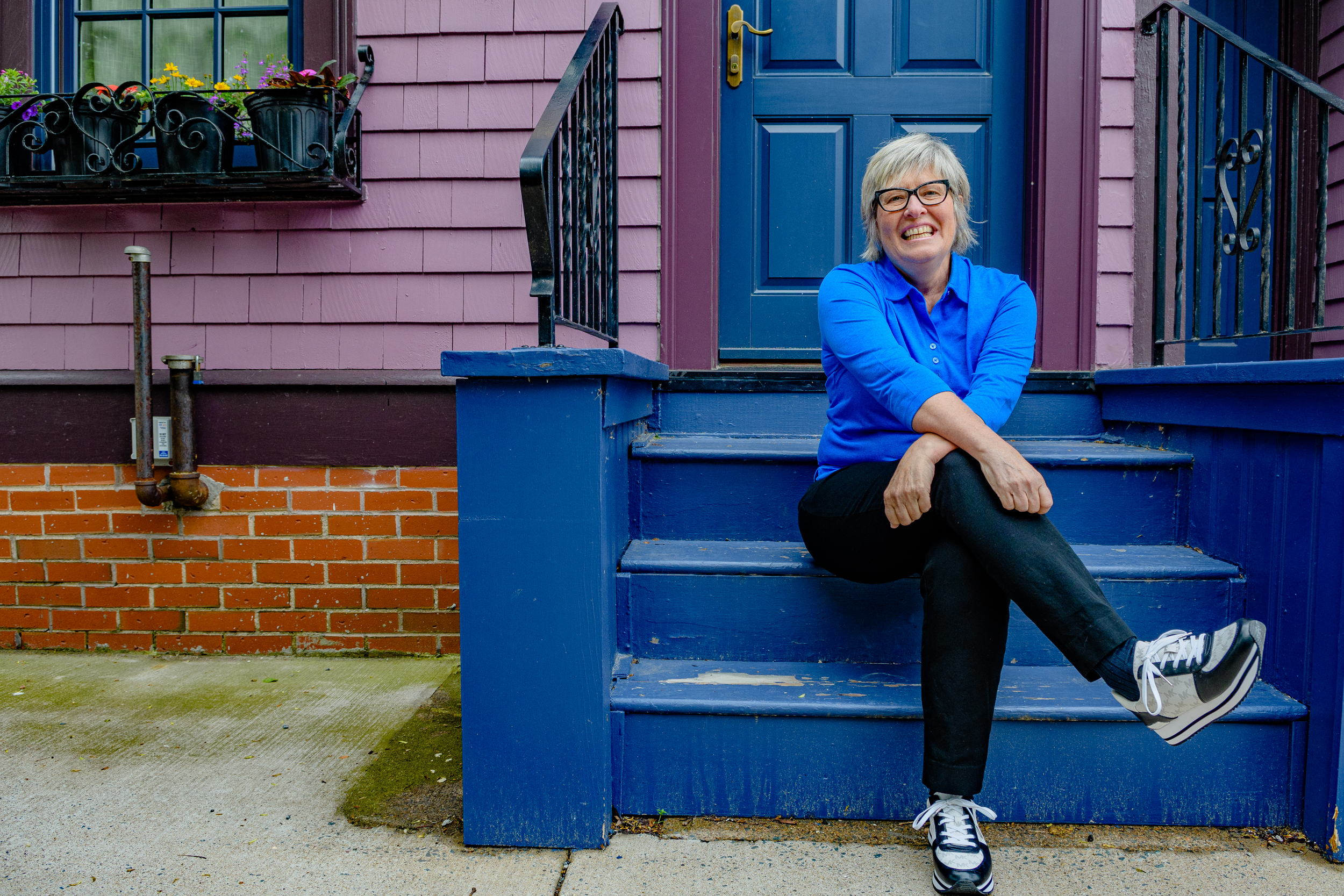 Alvero Wiggins is waiting for a new kidney. In the meantime, another wait has come to an end. His family is getting a new home—thanks to the support of his community in Halifax, including a team of local REALTORS® led by Brenda MacKenzie.

Wiggins, 33, married his high school sweetheart, Chelcie, and they have four children: Jaden, Chevayo, ​Javier and Alaya. But when Wiggins, a community leader in Halifax, was diagnosed with kidney failure, his life changed dramatically.

It wasn’t just the nine hours he has to spend on dialysis each night. While he waits for a kidney transplant, he’s on mandatory medical leave and unable to work. The family had been renting a home in Halifax’s west end, but to cut costs they moved into public housing in Central Halifax—a house that was neglected by the landlord and infested with rats.

When she heard Wiggins’ story, Brenda MacKenzie, a REALTOR® and Real Estate Advisor with Engel & Völkers, jumped at the opportunity to help secure the family a home. MacKenzie is also awaiting a kidney transplant and understands the daily difficulties of dialysis.

More than a decade ago, the Halifax REALTOR® attended a conference where she met Martin Rutte, co-author of Chicken Soup for the Soul at Work. It wasn’t what she’d describe as an ‘awakening.’ Rather, “I always felt like something was missing, that I was supposed to do something that was making a difference,” she said. “That’s what I love about real estate—you can help people through changes in their lives.”

MacKenzie stayed in touch with Rutte, who encouraged her to think about what she could do to make a difference in her community. She was noticing more homelessness in Halifax: As of June 2021, 312 people in Halifax Regional Municipality are experiencing homelessness, and 77 per cent of those are chronically homeless—and a rental market with low vacancy rates and rising prices has only contributed to this.

So, at the time, she came up with the concept that is now A Home For Everyone, where a group of Halifax REALTORS® donate a portion of their commissions and allocate those funds to help under-housed families in the city.

When MacKenzie started working for Engel & Völkers a few years ago, she asked the owners of the new company if they would be willing to embrace this initiative—and they did, with open arms. At that point, she named the program, registered it as a society and formed a board of her peers. While voluntary, a majority of REALTORS® participate in the program.

Wiggins is also known for giving back to the community, through his work with Hope Blooms and LOVE Nova Scotia, which provide youth programming. One of his long-time colleagues, Sarah MacLaren, wanted to help him, since she believes that health outcomes can be radically changed by how people are housed. She started an online fundraiser which raised a whopping $130,000—but as the housing market started to take off in Halifax, buying a home for the Wiggins family felt increasingly out of reach.

Then MacLaren met MacKenzie and the Home for Everyone Committee. The two joined forces and combined their funds, but decided to take it a step further, “to raise money, maybe find a property for them, and actually be an advocate for Alvero and his family,” said MacKenzie.

She had a listing for a townhouse in suburban Halifax and, for various reasons, the offers had fallen through. Yet it would be perfect for Wiggins and his family. “I thought, ‘Could we really do that?’ But it’s like it had an energy of its own—next thing you know we were buying the house.”

A Home For Everyone found a lawyer and inspector to volunteer their services, as well as volunteer tradespeople who replaced the carpeting and installed new countertops. In the meantime, MacKenzie and MacLaren are continuing to raise funds to pay off the remaining mortgage.

“Alvero does dialysis at night for nine hours, he’s tired out, so it feels so great to be able to help him with what he’s going through,” said MacKenzie. “It’s the perfect place for them—it’s a great neighbourhood.”

The Wiggins family is thrilled, she adds. They’re also incredibly grateful for the support of their community and to have a house they can call home. While he’s currently focusing on his health, Wiggins plans to pay it forward when he can.

“Our plan with this is not to stop, to carry it forward to next year,” said MacKenzie. “It takes a lot of work to raise the funds, but we’re going to keep putting that money away to help another family.”