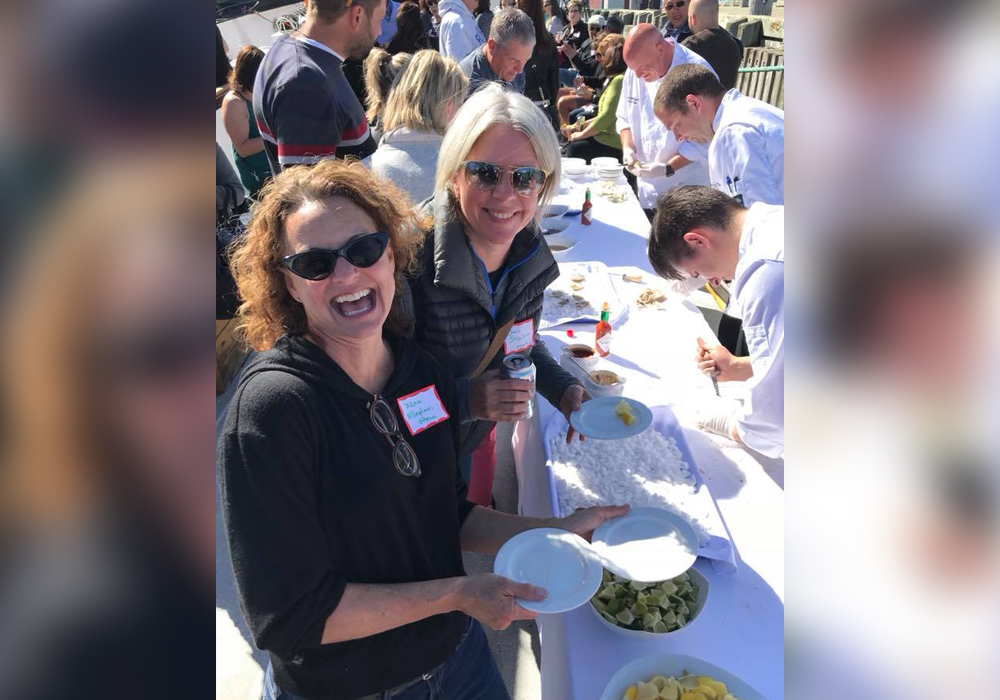 A record amount of funds were raised for charity at the recent Royal LePage 2018 National Sales Conference held in Halifax. When all was said and done, more than $150,000 was raised for the Royal LePage Shelter Foundation.

Royal LePage professionals gathered early in the host city to attend a wide variety of pre-conference fundraisers—all with the goal of helping raise funds to break the cycle of domestic violence in Canada. Events included:

Also taking place ahead of the conference was the annual motorcycle Ride for Shelter, organized by Josh Nelson and John Hripko of Royal LePage Benchmark. This year, a handful of motorcyclists drove from their hometowns to Halifax in addition to completing the event’s two-day itinerary. These brave riders included Anthony and Karen Boos from Royal LePage Cascade Realty in Dawson Creek, British Columbia; Val Brooks from Royal LePage Crown Realty Services in Cambridge, Ontario; Carlo de Castris from Royal LePage Royal City Realty in Guelph, Ontario; and Ahmed Helmi with Royal LePage Real Estate Services Ltd. Johnston and Daniel in Toronto. Together, with the entire Ride for Shelter motorcycle club, more than $18,000 was raised at this pre-conference event alone.

Once the conference kicked off, fundraising for the Royal LePage Shelter Foundation remained at centre stage. A generous group of delegates made donations to attend a VIP lunch in honour of the foundation’s 20th anniversary hosted by keynote speaker, Rick Mercer and Royal LePage president and CEO, Phil Soper. Conference attendees also arrived with nearly 100 items to be bid on in both the silent auction and the always-exciting live auction conducted by experienced charity auctioneer, Kent Browne, broker/owner of Royal LePage Team Realty in Ottawa.

All of the funds raised at the Royal LePage National Sales conference will benefit domestic violence prevention and education programs. A special donation will also be made from this year’s proceeds to Pauktuutit Inuit Women of Canada to assist women and children living in Canada’s North.

“The record-setting amount of funds raised at the National Sales Conference only tells part of the story,” said Shanan Spencer-Brown, executive director of the Royal LePage Shelter Foundation. “While our agents and brokers are incredibly generous at this event and always arrive enthusiastic to support the cause, they are committed throughout the year to providing safety and support for abused women and children in their communities. They do this by donating from their sales commissions and hosting local fundraising events.”