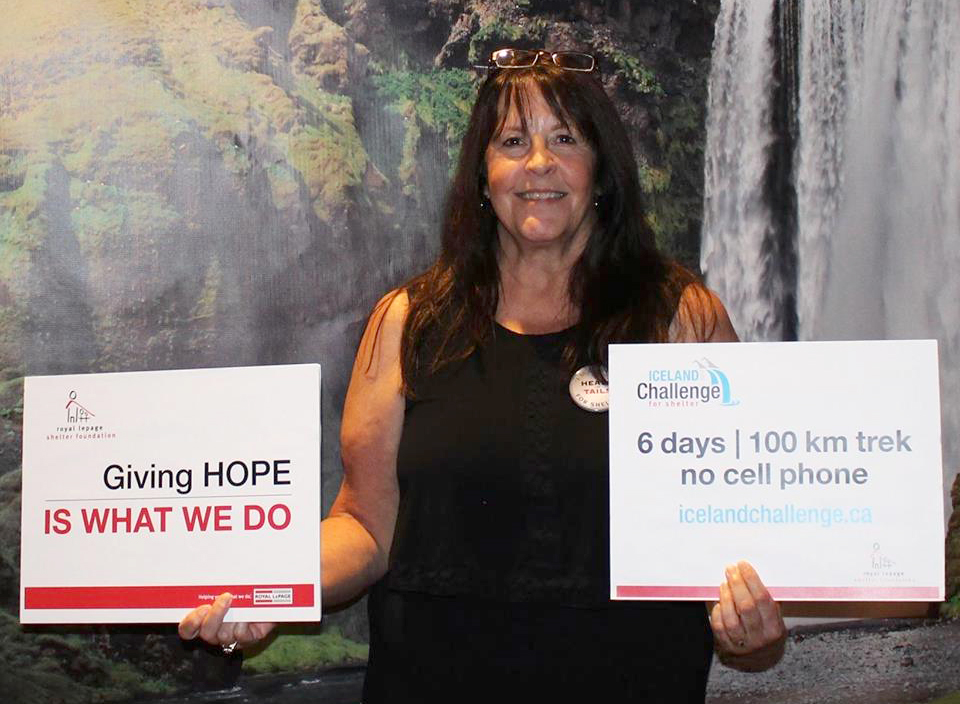 No joke! This REALTOR® raised $6,800 by organizing charity comedy night

A total of $6,800 was raised for the Royal LePage Shelter Foundation, in support of Larmand’s participation in the Iceland Challenge for Shelter. To be eligible to participate in this event scheduled for July 2017, each trekker must raise at least $5,000, which will be directed to their local women’s shelter and national programs aimed at breaking the cycle of family violence in Canada.  In Larmand’s community, La Maison Rosewood will benefit from her efforts. As of April 3, Larmand has raised close to $8,900.

“It was standing-room only and the three comedians who performed knocked it out of the park,” Larmand said. “But seeing our community come together in support of our local shelter to benefit women and children escaping family violence was by far the best part of the evening.”

Joking that she is “probably one of the older ones doing the trek,” Larmand said she’s been training for the six-day, 100-kilometre trek for months.

“They had a trek in Peru two years ago that I would have loved to do, but I’m really afraid of heights, so when this opportunity came up I had to do it,” she said. “I’ve been a long-time supporter of our local shelter and when I found out the donations stay in the community, I thought it was a good idea and a great way to see Iceland.”