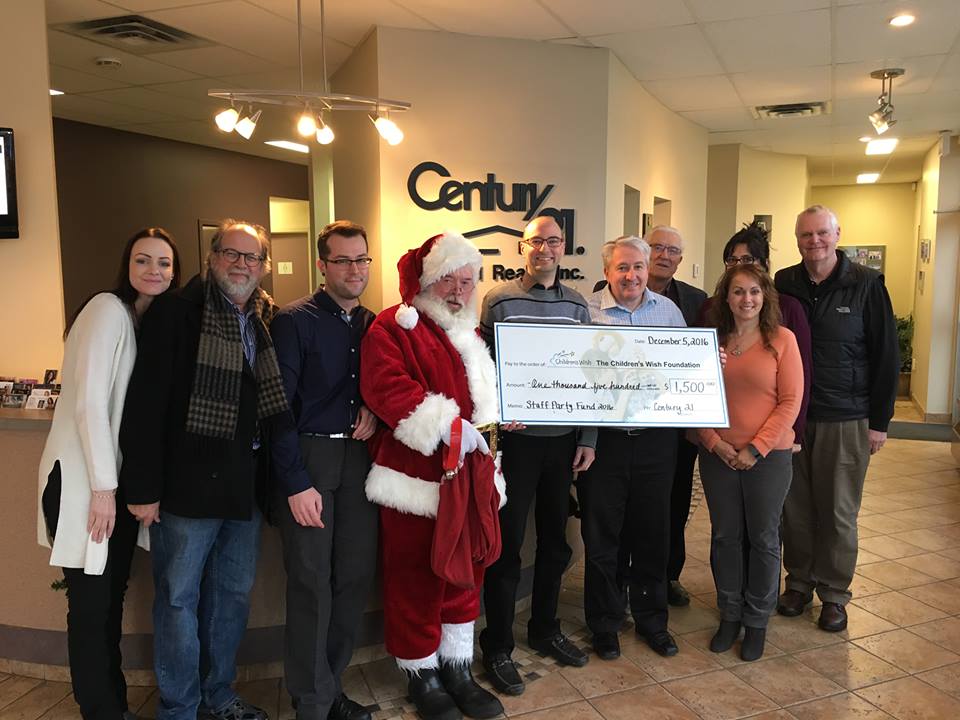 There was no staff Christmas party at Century 21 Colonial Realty this year.

It’s not because the 30 REALTORS® at the Charlottetown office are managed by the Grinch. It’s quite opposite from that.

The small Prince Edward Island office decided to forego a staff party to raise money for one deserving local charity, but REALTOR® Joel Ives’ heart grew two sizes that day and made a last-minute decision to double the donations in order to support both the Children’s Wish Foundation’s Prince Edward Island chapter and Santa’s Angels – a local group that delivers presents on Christmas.

So grateful to @C21Colonial for surprise donation of $1,500! They contributed during their recent staff party in spirit of holiday giving! pic.twitter.com/xM7bQXvF5V

“There was enough wine flowing (at the charity nomination reception) that I agreed to put in an extra $1,000 since there was a tie for our office’s charity of choice,” Ives said with a laugh. “Both are very good charities, so I decided, ‘Why not?’”

Ives had previously asked each REALTOR® at the office to pitch in $25 for a charity to be determined later. Based on the popular 100 Women Who Care model, participants would donate money and later vote for which charity would receive the funds.

The voting ended in a tie and instead of splitting the pot down the middle, Ives, who also sits on the board of directors for the PEI chapter of the Children’s Wish Foundation, ensured that each charity would get a full $1,500. With each wish at the Children’s Wish Foundation costing around $10,000, Ives said the $1,500 will go a long way in helping raise the morale of a child battling an illness.

“We’ll probably continue to do it that way next year. There’s nothing wrong with office gift-giving, but sometimes giving something to someone less fortunate feels even better,” Ives said, adding, “Everyone was pretty happy with the result.”