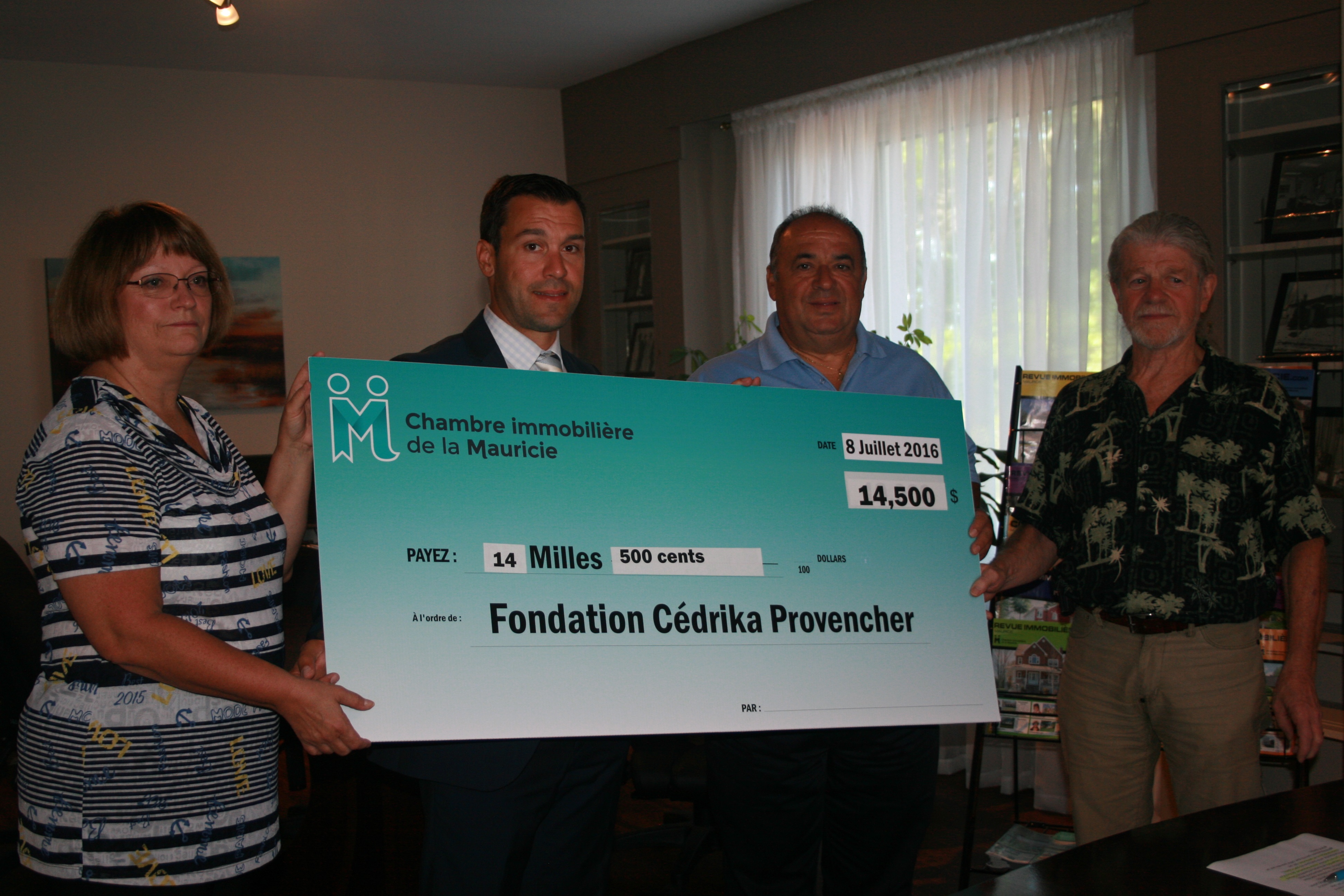 Chambre immobilière de la Mauricie (CIM) is pleased to have donated the proceeds from their golf tournament held on July 8, 2016, to Fondation Cédrika Provencher. They raised $14,500 for this cause.

Fondation Cédrika Provencher was founded following the abduction of the nine-year-old girl. The Foundation provides prevention and education activities so that such a tragedy never happens again.

The funds raised will be used to maintain the Foundation’s services, to produce an educational kit (information for children and parents on the prevention of disappearances and runaways), and to promote their 1‐855-JE-FUGUE help line.