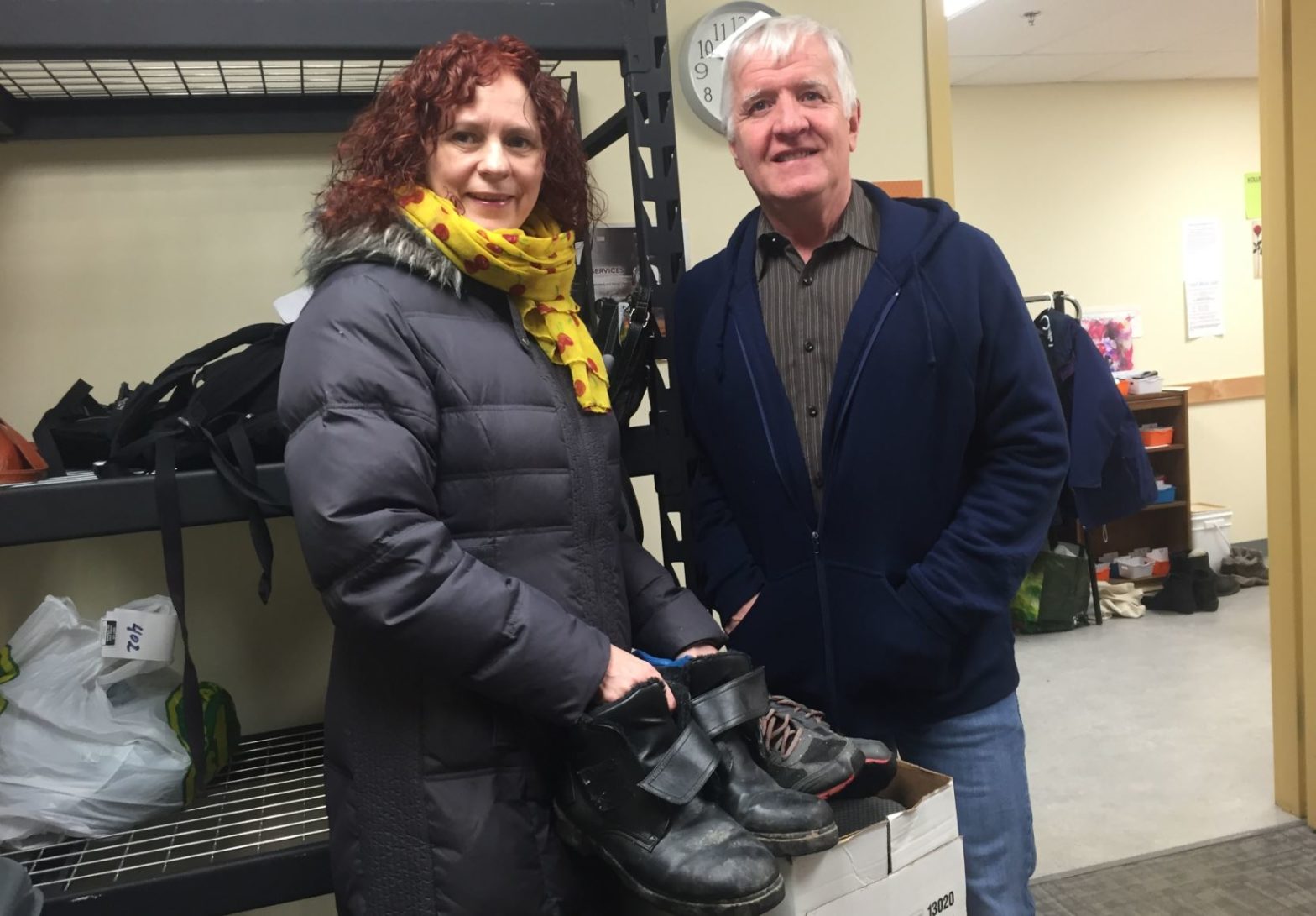 Debbie Hanlon’s kind soul is helping to warm up the soles of those in need.

The Newfoundland and Labrador REALTOR® has been volunteering for various organizations for the past 25 years, but it’s her latest initiative that’s been gaining traction in her province.

The So-Soul to So-Sole project she created helps people experiencing homelessness in St. John’s by providing them with gently-used shoes or boots.

“I live downtown and ran into a friend of mine who’s now homeless. I noticed his boots were in bad shape,” Hanlon told the Canadian REALTORS Care® Foundation. “I went back home and saw my husband had about six pairs of boots he wasn’t using so I decided to give him a pair. He said they were perfect.”

Weeks later, Hanlon said she has collected hundreds of pairs of boots and shoes for the Gathering Place, a service centre committed to building community, promoting equality and providing nourishment. Her focus right now is collecting warm boots and by spring she’s hoping to collect sneakers.

The Gathering Place’s supplies were depleted after a winter storm blasted the area over the holidays.

“We took it upon ourselves to go to nearly 2,000 households asking for donations,” Hanlon said, adding a successful social media campaign helped raise awareness for So-Soul to So-Sole.

“Newfoundlanders are very generous people, but sometimes we don’t realize what’s going on in our own backyard.”

Hanlon’s charitable motivation comes from a time in her life when she was the one in need of support. She said three years ago she faced a financial situation that forced her to rebuild her life from scratch.

“I wouldn’t be where I am today without the tremendous support of the Newfoundland people,” Hanlon said.

On top of spearheading the charity shoe drive, Hanlon is also an accomplished children’s author – she wrote The Adventures of Gus and Isaac: Backyard Bullies. Her books deal with topics such as bullying and the importance of giving. She also volunteers at a long-term care home and sponsors a family at Christmas and Thanksgiving by providing gifts and hearty meals.