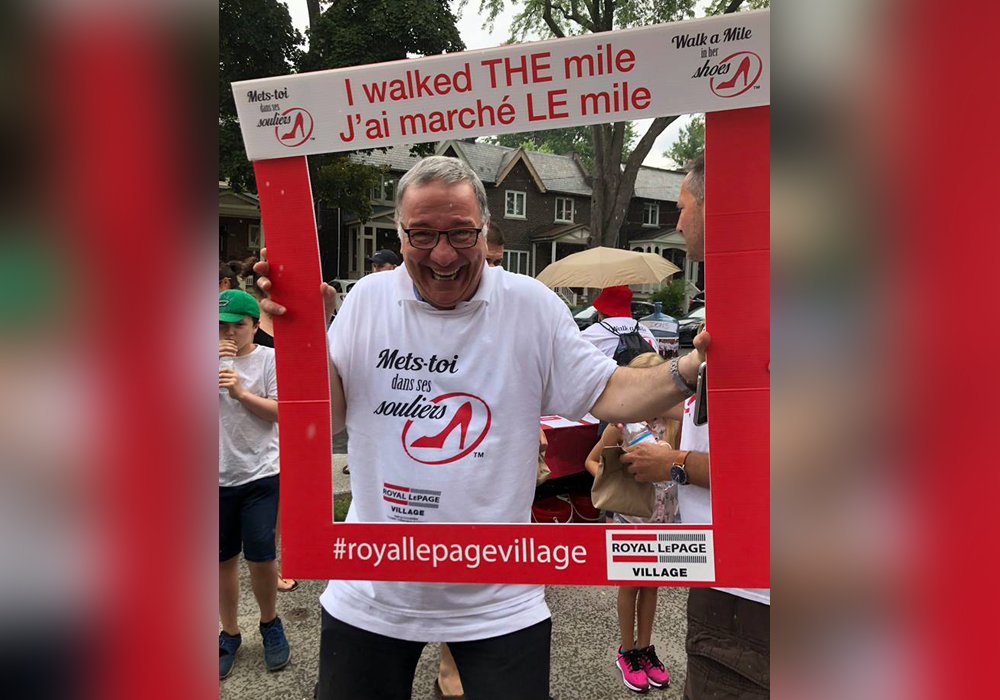 A group of men in Montreal recently donned red high heels and walked a mile together in support of ending violence against women.

Led by organizers at Royal LePage Village, the group raised $31,000 in donations for the Royal LePage Shelter Foundation, 100% of which benefits Auberge Transition, a women’s shelter that helps transition women out of violent situations and into healthier and safer lives.

More than 50 men participated in the fourth annual event, including walkers from five Royal LePage Village offices, local police officers and firefighters. One hundred supporters and community members joined with them and lined their route to demonstrate their own commitment to raising awareness to end domestic violence.

“As real estate agents, we assist people with achieving their housing needs and goals,” said participant and Royal LePage Village General Manager Georges Gaucher. “This event means so much to us because it allows us to help those who need our support in finding a safe place to land during an incredibly difficult time in their lives.”

“Making a difference, showing compassion and educating the community have been the rewards of our 18 year relationship with the Royal LePage Shelter Foundation,” said Auberge Transition Director Irene Jannson.