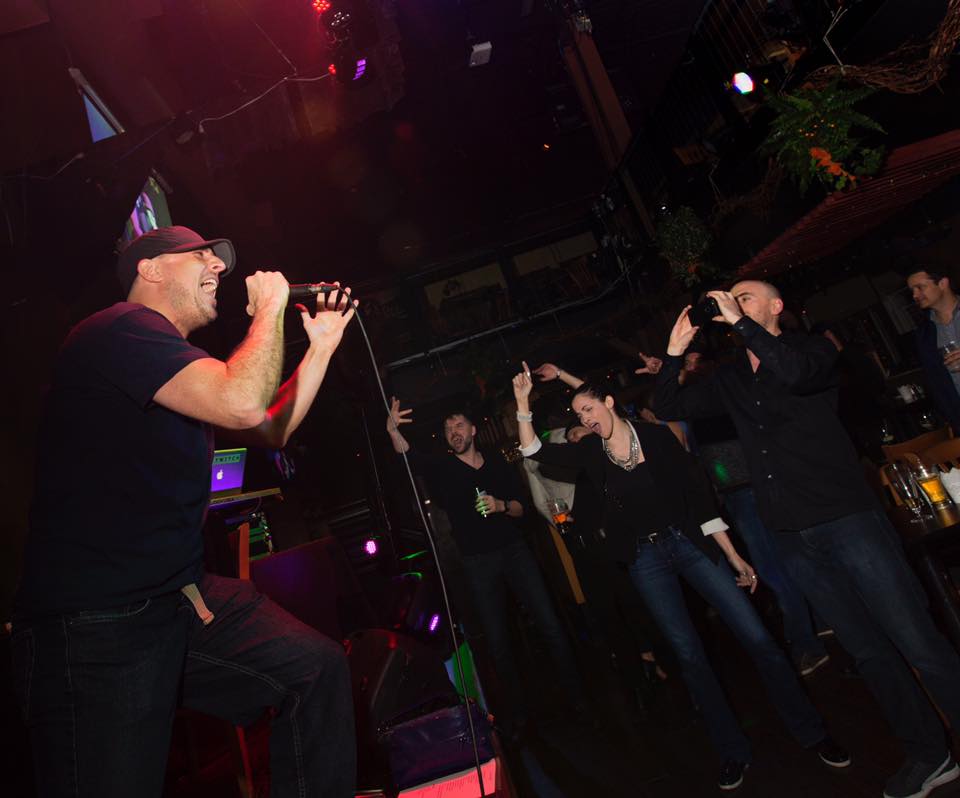 When Royal LePage Elite real estate brokers Mark Broady, Sean Broady and Kimberley Windsor from Beaconsfield, Quebec, signed up for the Iceland Challenge for Shelter, a fundraising concert felt like the best way to begin tackling their $15,000 fundraising goal. A former rapper, Mark Broady was keen to come out of retirement for an evening in support of the Royal LePage Shelter Foundation and the West Island Women’s Shelter.

More than 130 concert goers purchased tickets to hear Broady perform, along with seven other acts. With his brother and Windsor in charge of event promotions and logistics, Broady set out to brush up on his greatest hits and write an original song for the fundraiser.

“The song was written from three perspectives,” Broady said. “The first verse is seen through the eyes of a child witnessing his mother suffer from violence and abuse at the hands of his father. The second verse speaks from the perspective of the mother, who is trying desperately to escape an impossible and deadly situation. The third and final verse is the most disturbing–written from the troubled mind of the abuser. It was very emotional to write, and even more so to perform.”

Broady plans to record the song in studio and will direct all proceeds from downloads to the Royal LePage Shelter Foundation.

More than $7,000 was raised towards the trio’s $15,000 goal, 100% of which will go to their local women’s shelter and domestic violence prevention and education programs across Canada.