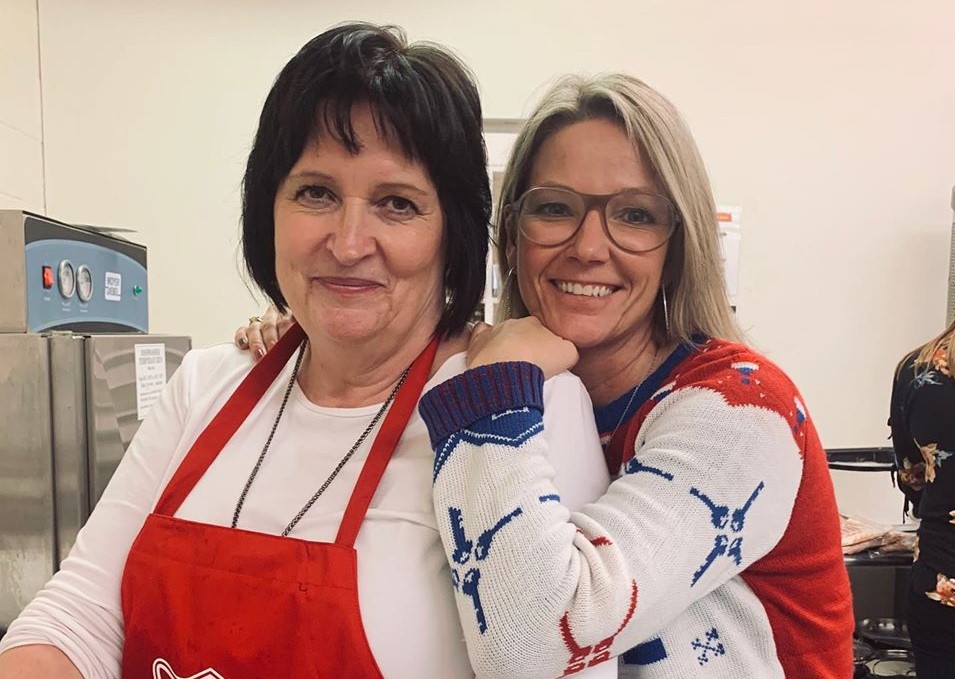 The project was spearheaded by Berni Pleasance, a REALTOR® with Century 21 Accord Realty, with the support of her brokerage’s Associate Broker, Darla Robins. “Darla and I thought it would be great to get as many local REALTORS® as possible involved in doing a community meal at The Salvation Army,” shares Berni. “We approached all the brokerages and when we had enough responses to make the cost feasible, we started planning a typical ‘breakfast for supper’ meal.”

The Swift Current Salvation Army provides a community meal for approximately 85 to 100 people every Monday, except for statutory holidays. “As our meal focuses on providing sustenance for the most vulnerable sector in our community, it is open to anyone who can use an extra meal,” explains Arlene McKenzie, a Community Services Worker with The Salvation Army. “When I was approached by Berni Pleasance about helping to coordinate an additional meal for our guests during REALTORS Care® Week, I was very excited.”

Posters were distributed. A volunteer schedule was organized. Groceries were purchased. Then on Thursday, November 21, 2019, the first group of REALTORS® arrived on-site at 9 a.m. to start the prep. The doors opened at 5 p.m. and the REALTORS® started serving their guests a half hour later. In the end, 120 members of the community were served.

“The REALTORS® came in shifts organized by Berni and filled our kitchen with expertise, joy and laughter as they worked,” shares Arlene. “The servers were gracious hosts as our guests thanked them for their kindness.”

“We had an amazing team working together and everyone had fun,” says Berni. “I think it was just as good for us as it was for the community.”